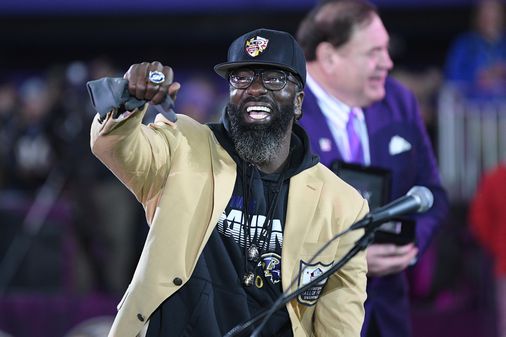 Bethune-Cookman is a school that only ardent college football fans will be aware of. However, they have just made a big splash in hopes of becoming more prominent on the recruiting trail and in households around the country. Bethune-Cookman has just hired Ed Reed to be their next head football coach. Reed, who is in the NFL Hall of Fame, previously played at safety for the Baltimore Ravens before spending his last season at Houston and the New York Jets in 2013. Reed played his college ball at Miami.

Ed Reed’s first head coaching gig will be at the Bethune-Cookman Wildcats, the school announced on Tuesday. Reed has limited coaching experience having been an assistant defensive backs coach in the NFL in 2016. However, he has spent the last three seasons as a football advisor at his alma mater, Miami. His leadership abilities from his playing days were clear to see and Bethune-Cookman will be looking for that to shine through in his new role.

Reed, who is in the NFL Hall of Fame, is also a Super Bowl winner. And he follows another former Super Bowl winner to the HBCU ranks. Deion Sanders took over Jackson State in 2020 and made big waves in recruiting, and produced excellent results. Sanders is now coaching at Colorado.

We are excited to hear that Ed has been named the head football coach at Bethune-Cookman,” Miami AD Dan Radakovich said. “Ed is one of the best to ever wear a Miami Hurricanes uniform and he has served as a great mentor to our student-athletes the past three years. He will do a tremendous job leading the Wildcats program and the entire Miami family wishes him all the best.”

Bethune- Cookman plays at the FCS level in the SWAC, which it joined in 2021. Previous coach Terry Sims was fired after two consecutive 2-9 seasons