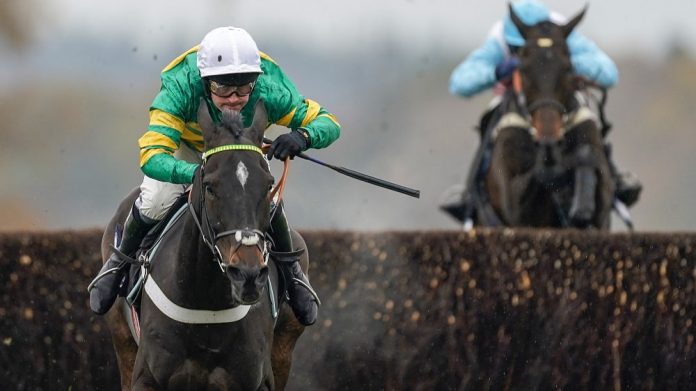 On Trials Day at Cheltenham this Saturday, 29 January, the big race over fences is the 3m 1f Grade 2 Cotswold Chase (2:30). This recognised Gold Cup trial is just six weeks and six days before the blue riband event of steeplechasing. With just five horses declared this year, check out Cotswold Chase tips from SportsLens experts.

Horses aged eight and up have a good record in this usually stamina-sapping race. This renewal should be on good ground, but it is still a tough test. All recent Cotswold Chase winners had an official rating in the high 150s. That means anything below that can be discounted as horse racing wagers go. It eliminates a couple from contention here.

Favourites have a poor record in this race, however. Just one of the last 12 market leaders on betting sites obliged by winning. That doesn’t automatically mean a red-hot jolly can be opposed, though. Race-fit horses win the Cotswold Chase with the seven most recent victors last in action between five and 11 weeks beforehand.

Past experience of Cheltenham or winning over 3m or further are huge assets. In this renewal, some horses test the waters and try the trip, so it’s a step into the unknown with them. That puts the top horse racing betting sites in a tight spot as their prices can only be on potential rather than form in staying tests. Punters must decide for themselves what to make of that.

Trials to look out for here are the Many Clouds Chase and the two intermediate Listed contests at Carlisle and Sandown Park. These have produced plenty of successful horses for this in recent years. Get the lowdown on a small but select field in our Cotswold Chase tips that start with a look at the favourite…

Why Chantry House is the hottest of Cotswold Chase tips

When this race was last run at Cheltenham two years ago, Nicky Henderson won it with Santini. That one has left Seven Barrows since, however, so the stable relies on Chantry House. Owned by JP McManus, this eight-year-old son of Yeats has first-time cheekpieces after failing to fire in the King George VI Chase at Kempton Park on Boxing Day.

A fine third in the Supreme on his last hurdles start, Chantry House has won five of his seven chase outings. He benefitted most from Cheltenham betting hotpot Envoi Allen falling to win the Marsh Novices Chase at last year’s Festival. Chantry House then bolted up in the Mildmay at Aintree over the 3m 1f Cotswold Chase trip.

These efforts meant he was a horse to follow stepping into open company this term. After landing the Listed intermediate contest at Sandown on his return, Chantry House pulled-up in the King George. He was never going well at Kempton and, although he had victories on soft ground before, the forecast sounder surface here should suit him better.

Henderson puts cheekpieces on Chantry House now. They should sharpen him up against a field of four older horses here. If the headgear works, then Chantry House should take all the beating off top rating of 160. That is why William Hill are 10/11 about him bouncing back with victory, even though he faces unexposed rivals.

Bet on Chantry House for the Cotswold Chase with William Hill

Simply The Betts a danger

On adjusted figures, Simply The Betts comes out 1lb ahead of the favourite. However, he failed to stay this trip on his only try at it last month. Paul Nicholls has five wins in the Cotswold Chase a trainer, so that fine record augurs well. Simply The Betts, now a nine-year-old, had rain softened ground at Aintree to contend with on his penultimate start.

This Arcadio gelding ran much better when dropped back in trip and staying on into second in the New Year’s Day Handicap Chase here. Since joining Nicholls, Simply The Betts has been in the twilight zone between top handicapper and pattern performer. He’s well worth another chance over the trip but Ditcheat inmates do have their equine flu jabs in January.

Despite that, Simply The Betts is a 7/2 chance with Betfred for a successful second try over a staying trip. Nicholls’ fine record in the race and the fact that he is now fully fit after missing most of last season mean this horse is for some value among Cleeve Hurdle tips for those taking on the favourite.

Back Simply The Betts for the Cotswold Chase with Betfred

Aye Right ran a blinder when third in the Ultima Handicap Chase under a welter burden at the Festival last spring. Harriet Graham’s horse didn’t stay the Scottish Grand National trip at Ayr but did win the Rehearsal Chase at Newcastle last time out. A gutsy head victory over subsequent Rowland Meyrick winner Good Boy Bobby there means connections step out of handicap company.

Now aged nine, Aye Right who is also by Yeats tries this level for the first time since fading into third at Wetherby. That run in the Charlie Hall Chase wasn’t bad but this demands more. Off an official rating of 159, the assessor feels that Aye Right is a better horse than last season. That career high mark probably handicaps him out of similar races too.

There is a feeling that connections come to Cheltenham because there aren’t any other options for Aye Right. Regular jockey Callum Bewley lacks course experience, so Bet365 are 4/1 about this plucky northern horse following-up on the upgrade. This will take a personal best against a dual Grade 1 winner, though.

Back Aye Right for the Cotswold Chase with Bet365

The aforementioned Santini triumphed in this in 2020, but hasn’t won since and is now with Polly Gundry. When trained with Henderson, this 10-year-old Milan gelding went down fighting by a neck at Gold Cup odds of 5/1 to Al Boum Photo. Santini was then runner-up in last season’s Many Clouds when many fences were missed out due to low sun.

He hasn’t run up to the pick of his form since. Santini laboured into fifth in last season’s King George and was then weakened into third in the Cotswold Chase run at Sandown last season. A first-time visor didn’t revive him, however, and he pulled-up in the Gold Cup. Santini shaped as if needing the run when a fading fourth in a handicap over 3m 2f here on reappearance.

It’s clear that he’s not the force of old. Santini is up against it to recapture his crown, so not among Cheltenham Festival Trials Day tips this year. Hills go 10/1 about him here with rank outsider Kauto Riko facing an impossible task on ratings off 139. That one is a whole stone-and-a-half behind Chantry House and still 17lb wrong on adjusted figures.