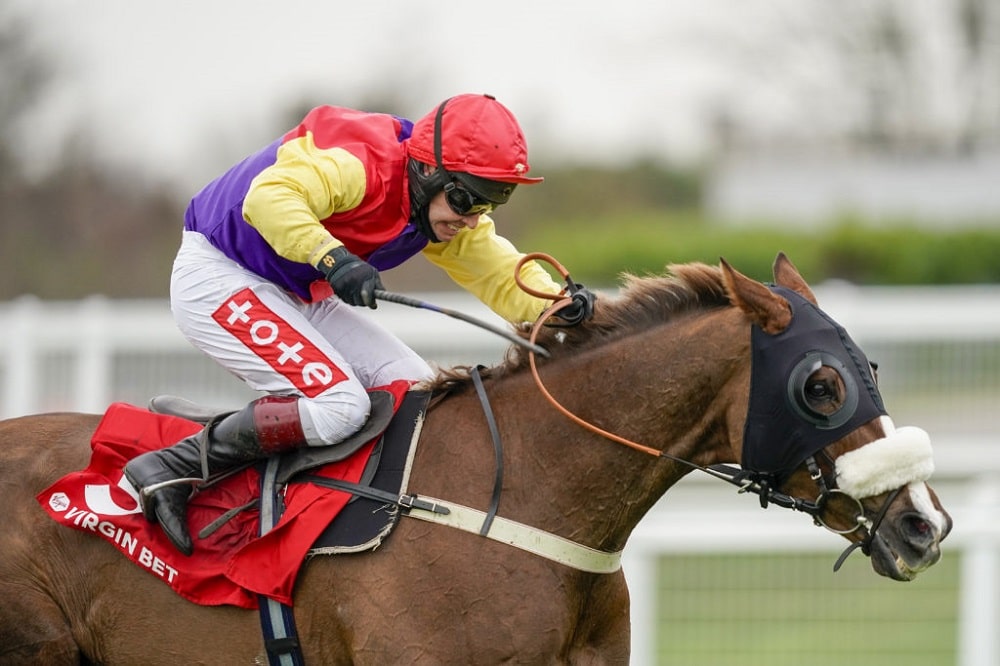 At Aintree on Saturday, 4 December, the feature race on the Mildmay course is the 3m 1f Grade 2 Many Clouds Chase (2:05). This year’s renewal sees both a past Cheltenham Gold Cup and dual Grand National hero collide. Native River v Tiger Roll is a clash many punters have dreamed of and first saw here in the Betway Bowl in April.

Against these old favourites from the Colin Tizzard yard and Gordon Elliott’s Cullentra House stable are younger types. It is a big day for six-year-old Protektorat, plus eight-year-old pair Imperial Aura and Simply The Betts. A win in the Many Clouds Chase for these pretenders against the veterans could open up new avenues for their careers.

This race is relatively new to the pattern, so there aren’t a lot of stats and trends for horse racing betting sites and punters to follow. Four of the last five Many Clouds Chase winners were aged nine or 10. That doesn’t mean the youngsters can’t win it, though, as Don Poli triumphed as a six-year-old. A fascinating renewal was well worth the time of SportLens tipsters to assess…

Why Protektorat has shortest Many Clouds Chase odds

Dan Skelton is an ambitious trainer, so it’s no surprise that Protektorat steps up in trip and grade after staying on really well in the Paddy Power Gold Cup at Cheltenham’s November Meeting last time out. The youngest horse in the field here was arguably given too much to do by brother Harry in the saddle last time out.

Protekorat is a gelding by Saint Des Saints, so shares a sire with other staying chasers. They include Burrows Saint, Djakadam, Fusil Raffles and Lord Du Mesnil. Besides the right pedigree for this assignment, Protektorat has Grade 1 winning form at Aintree as a novice. He defeated The Shunter, a real money spinner for connections last season, in the Manifesto over 2m 4f here back in April.

Subsequent Haldon Gold Cup hero Eldorado Allen was back in fifth that day. As the assessor increased Protektorat’s rating by 4lb to a mark of 158, that has virtually handicapped him out of the graded handicap prizes on offer this winter. Instead, going up in trip at a course that suits him looks well worth a try. That explains why is the Many Clouds Chase favourite at a top-price 13/8 with BoyleSports here.

Bet on Protektorat with BoyleSports

Beloved veteran Native River is two from four over course and distance, so that Aintree form commands respect. This may be his final season in training with Team Tizzard but what a magnificent servant this Indian River gelding has been. Native River gave his owners, Brocade Racing, many memorable days in his prime.

From winning the old Hennessy Gold Cup at Newbury and Welsh Grand National at Chepstow in 2016 to his 2018 Cheltenham Gold Cup success, he doesn’t owe connections a penny. Native River has become a ground dependent horse as he has aged, so any further rain on Merseyside would be most welcome.

In the right conditions, he can go well fresh but obviously isn’t getting any better rising 12. Jonjo O’Neill Jr again takes the ride with Native River’s regular jockey Richard Johnson now retired. He still tops the official ratings on a mark of 166 and retains plenty of ability, judged on his rearranged Cotswold Chase success at Sandown in February.

Native River won the Many Clouds Chase two years ago but simply wasn’t suited by many fences being omitted last season because of low sun. Soft ground and all the obstacles could see this popular horse home in front, but he does look vulnerable to improving types. Native River is 9/4 with William Hill to regain this crown.

Back Native River with William Hill

Also attracting support in the market is Imperial Aura. Kim Bailey’s horse hasn’t completed any of his last three starts but that isn’t putting punters off. Still unexposed as a stayer, this Kalanisi gelding chased home re-opposing rival Simply The Betts in a Cheltenham Festival Trials day novice handicap in 2020 before going one better on the big stage.

Imperial Aura defeated Galvin in the Listed event that is no longer part of the Cheltenham Festival schedule. However, the form has been advertised plenty by the runner-up since. As Imperial Aura won both of his starts last season, including the 1965 Chase at Ascot, he clearly has ability. The concern for his supporters is jumping.

A series of mistakes have kept in. Imperial Aura unseated early on in the Silviniaco Conti Chase at Kempton, then an error strewn display put paid to any chance of landing the Ryanair Chase. Fence 13 in the Betfair Chase proved unlucky for Imperial Aura, who was still travelling fine when coming to grief.

That experience on Merseyside’s other racecourse can’t have left any mark with Bailey turning Imperial Aura out pretty quickly off the back of it. He looks well worth another cracking over 3m plus, but will he get round? Money speaks for Imperial Aura, a 9/2 chance with BoyleSports for some compensation here.

Back Imperial Aura with BoyleSports

Simply The Betts up in trip for Many Clouds Chase

It’s the first time in almost two years that Simply The Betts has run anywhere other than Cheltenham. Now trained by Paul Nicholls, the Arcadio gelding should strip fitter for his first run in 12 months in the Paddy Power Gold Cup. Simply The Betts filled the same spot of sixth this term as last season.

Although not the most straightforward throughout his career, this horse has won valuable prizes. They include the Grade 3 Stable Plate at the 2020 Cheltenham Festival. Connections feel the time is right to try Simply The Betts over further. Aintree’s Mildmay course is a much easier track than either Cheltenham circuit.

With two much older horses in the field, this is worth a crack. Nicholls won two early renewals of the Many Clouds Chase before this race carried that name too. Simply The Betts looks an obvious each way play at 13/2 with Bet365 with his sire producing Go Conquer, a dual 3m black type chaser.

Back Simply The Betts with Bet365

Adjusting official ratings to weights carried here, Tiger Roll is the best horse in the race. However, he hasn’t won a normal steeplechase over standard regulation fences for more than four-and-a-half years. Gordon Elliott’s horse of a lifetime last scored first time out in 2014 too.

Running in the Many Clouds Chase seems to be about proving to the handicapper that his rating needs to come down. Tiger Roll showed little appetite for this course and distance when fourth in the Betway Bowl behind Native River on his last outing. It is the other obstacles on the Grand National course that have brought out the best in him.

If turning up on Merseyside, don’t expect too much from Tiger Roll here. He has the Cross Country Chase at the Cheltenham Festival, which he has a record three victories in, as a seasonal target. That explains why Tiger Roll is as big as 20/1 with Bet365 for the spoils here.

Of those at bigger odds, Sam Brown should appreciate more rain and a softer surface. Anthony Honeyball’s nine-year-old Black Sam Bellamy gelding found opportunities hard to come by last term as he didn’t really get his ground. Odds of 16/1 with Betfred may shorten if conditions get more testing.