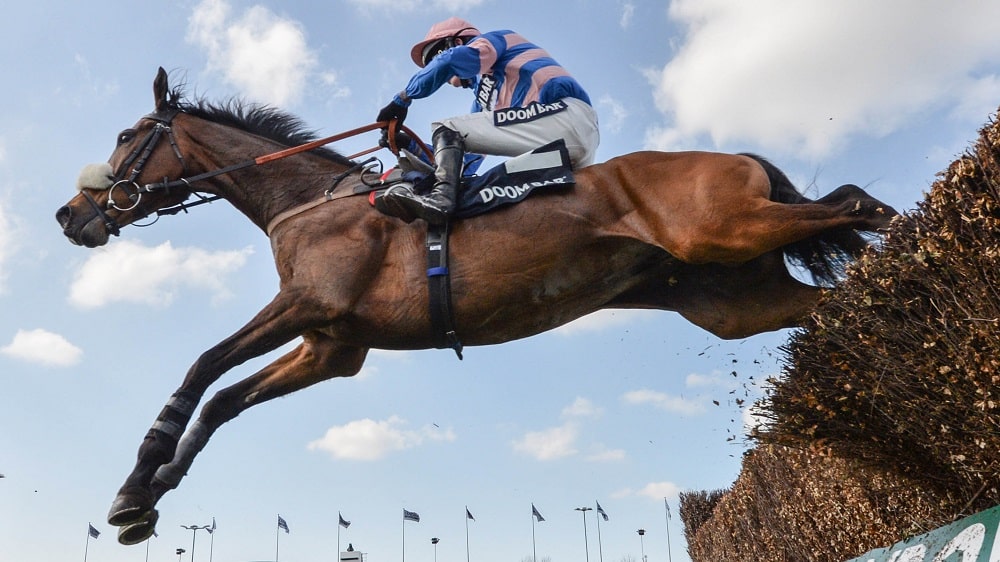 The Charlie Hall Chase is the feature Grade 2 contest over 3m at Wetherby on Saturday, 30 October (3:05). Cyrname won the race last year and returns for a repeat bid. He has six rivals against him including Fusil Raffles and Shan Blue but can any horse step up and dethrone the 168 rated chaser?

Seven of the last nine Charlie Hall Chase winners took the race on their reappearance. It suits staying steeplechasers that go well fresh, then. Favourites have a poor recent record, however. Since Silviniaco Conti won in 2012, only one other market leader – the great Cue Card in 2015 – has obliged.

The stables to follow in the Charlie Hall down the years have been Paul Nicholls and Nigel Twiston-Davies. As the latter doesn’t have a runner in this renewal, that puts even more attention on Cyrname who also fits the age profile well. Four of the last seven Charlie Hall Chase winners were nine-year-olds.

Bet on the Charlie Hall Chase with William Hill

Why Cyrname is favourite in the Charlie Hall betting

Cyrname represents champion trainer Nicholls here, who has four victories in this race. Last year’s Charlie Hall Chase win came in a better race on paper, so that form sets a clear and obvious standard. A nine-year-old gelding by Nickname, Cyrname ran off 176 in this 12 months ago and beat Vinndication by a couple of lengths. Harry Cobden only nudge him out on the run-in for a cosy success.

The reason why Cyrname has an 8lb lower rating with the assessor now is simply because he hasn’t scored since. In fact, he hasn’t completed in two subsequent starts. That is a concern for punters, but Nicholls insists he wants three miles now. Cyrname has also had a wind operation since. If that has done the trick, then first time out could be when to catch him.

With 6lb and upwards in hand over the field on adjusted ratings, it’s easy to see why horse racing betting sites make Cyrname favourite for the Charlie Hall Chase again this year. It’s his race to lose on paper. Cyrname is 6/5 for a successful defence of his crown.

Bet on Cyrname with William Hill

If the betting is any indicator, then Dan Skelton’s Shan Blue rates the biggest danger. This seven-year-old Shantou gelding has most to find with the favourite on these terms, according to official ratings, but does have a good record at this venue. Shan Blue boasts Wetherby career figures of 211. The two wins came in novice chases here last season.

After winning by 14 lengths at a canter on his first outing over fences, Shan Blue followed-up over course and distance at the Charlie Hall meeting last year. That 16-length romp over Snow Leopardess reads well too. The runner-up won next time out at Haydock, then chased home Canelo in the Grade 3 Rowland Meyrick here last Christmas and was a fine fourth in the National Hunt Chase at the Cheltenham Festival.

Shan Blue produced a career best on Boxing Day when landing the Grade 1 Kauto Star Novices’ Chase at Kempton. The drop back in trip and desperately heavy ground at Sandown was perhaps then against him in the Scilly Isles around Sandown. Shan Blue could never land a blow on Chantry House, either in the Marsh Novices’ Chase at Cheltenham or in the Mildmay during the Grand National Festival at Aintree.

That is the negative. The Charlie Hall Chase is easier, though, so it’s just a matter of how much further improvement there is in Shan Blue now stepping into open company for the first time. Skelton has a terrific 28 per cent strike rate with his runners at Wetherby, so a bold bid can’t be ruled out. Shan Blue is 9/2 to upset Cyrname here.

Back Shan Blue with William Hill

Fusil Raffles an each way alternative in Charlie Hall Chase

Nicky Henderson has only won the Charlie Hall once before, way back in 2002. Fusil Raffles has never raced over the trip, but shares a sire with plenty of staying chasers. Owned by Simon Munir and Isaac Souede, this six-year-old was home in front of Shan Blue at Cheltenham in March. Fusil Raffles is by Saint Des Saints, so has plenty of siblings that got this trip.

He won three of his first four outings over fences and appreciated stepping up in trip from 2m after pulling up in the Arkle Trial at Cheltenham. Fusil Raffles chased home stable companion Chantry House at the Festival, but then disappointed at Aintree. He also faced an impossible task conceding 12lb to Bravemansgame at Newton Abbot on reappearance.

The winner is a Grade 1 novice hurdler destined for potential greatness over fences. Fusil Raffles may be underestimated off the back of that 5 1/2 lengths defeat by the assessor. Dropping his rating by 4lb after such unfavourable terms may be hasty from the handicapper. Fusil Raffles has often been keeping on at the business end of his races, so trying 3m could be a smart move. He is 13/2 and a bit of each-way value in the Charlie Hall Chase this year.

Back Fusil Raffles with William Hill

Clondaw Castle is prominent in the betting, but perhaps runs in the Charlie Hall because he’s handicapped out of other races. Trained by Tom George, this nine-year-old Oscar gelding landed a Kempton Grade 3 handicap off 154 on his penultimate outing in February. Clondaw Castle then plugged on as a distant 26-length second to Clan Des Obeaux in the Grade 1 Betway Bowl at Aintree.

With a poor record fresh over fences and his handler without a winner in 25 days at the time of writing, there are plenty of reasons to take on Clondaw Castle. The other three in the Charlie Hall Chase have double figure odds, meanwhile. Kitty’s Light has been an unlucky horse of late.

Twice nudged up in the weights for narrow and unfortunate defeats, trainer Christian Williams sends his five-year-old Nathaniel gelding here to prove the assessor should cut them some slack. Kitty’s Light is better over further than the Charlie Hall trip, having landed a 3m 2f handicap chase at Kelso in March. That was off a stone lower than his current rating, though.

Interference cost Kitty’s Light the Bet365 Gold Cup at Sandown on the final day of last season. Under the current Rules of National Hunt racing, the stewards couldn’t promote him to first when throwing out Enrilo. Kitty’s Light got a 4lb hike for that controversial finish and was then beaten by a head at Chepstow on his return to action in the Native River Handicap Chase. Up a further 6lb, these are much deeper waters.

Scottish Grand National hero Mighty Thunder has had his last three runs over 4m or further. The drop back in trip doesn’t suit Lucinda Russell’s horse. Top Ville Ben is locally trained but hasn’t reproduced his best form in some time for handler Phil Kirby.