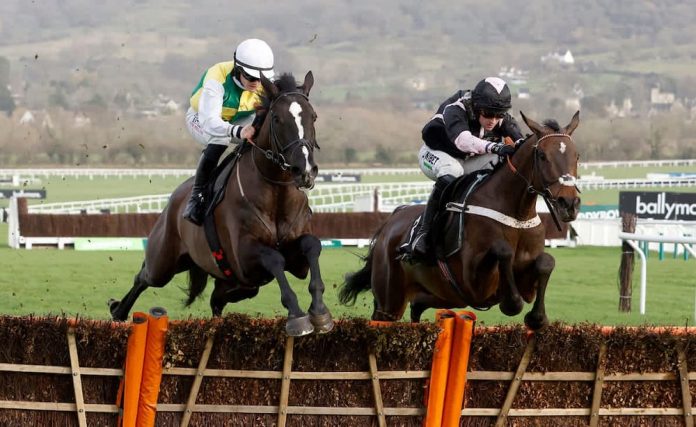 In this Grade 2 Triumph Hurdle trial, three horses are of interest on the best betting sites in the UK. Paul Nicholls has talked up wide-margin Kempton winner Iceo but, like previous course and distance scorer Inferne De Sivola, there are questions. Will either handle forecast good ground? Both concede 3lb to Irish raider Pied Piper, rated 96 on the Flat.

Gordon Elliott sends this one over from the Emerald Isle after showing a really likeable attitude on hurdles bow at Punchestown. Pied Piper, formerly trained for Queen Elizabeth II by John and Thady Gosden, defeated Vauban by half-a-length on that occasion. Max Mayhem, rated 99 on the level, was down the field in fourth that day.

Pied Piper was 10th in the Queen’s Vase at Royal Ascot and only beaten by 8 1/2 lengths in that Group 2 contest. He looks a potentially high class recruit to hurdling after running at a number of major horse racing meetings and Flat festivals. Pied Piper is a 13/8 chance with the bookmakers and the first of our Cheltenham Festival Trials Day tips here.

In a typically competitive renewal of the extended 2m 4f Timeform Novices’ Handicap Chase, Jonjo O’Neill saddles When You’re Ready. This eight-year-old Malinas gelding ran a fine race in defeat off an unchanged mark of 130 at Chepstow last time out. When You’re Ready kept on nicely against the far side rail and was nearest at the finish over an extended 2m 3f behind Golden Whisky.

The winner now has an official rating of 132, outrunning odds of 14/1 and finishing fourth at Ascot on his next start. After a previous win and two placed efforts in his career over fences so far, When You’re Ready looks a consistent type. The presence of Imperial Alcazar and Solo in the field means he has a nice racing weight of 10st 12lb on his back. At 9/2 with William Hill, When You’re Ready can go one better now slightly up in trip.

Back When You’re Ready with William Hill

Although a trappy renewal of the extended 2m 4f Grade 3 handicap chase on paper, Jacamar looks a bit of each way value. Trained by the shrewd Milton Harris, who has really rebuilt his reputation this season, it looks significant that this novice runs here in open company rather than the Timeform.

Jacamar, a seven-year-old Maxios gelding, has a 3lb hike in the weights for his Kempton win on Boxing Day. First-time cheekpieces seemed to sharpen him up. Danny Kirwan, down in fourth that day, has come out and won since. Paddy Brennan rides the track very well, as horse racing betting sites know, and is back aboard Jacamar.

Our Power, who previously prevailed over him by a head at Wincanton, has also gone in again at Huntingdon. That one has an official rating of 136 now, so that suggests Jacamar remains well-handicapped. He looks a good each way bet at 12/1 with Betfred, who pay four places on the race.

Bet on Jacamar with Betfred

In the co-feature Grade 2 Cotswold Chase over 3m 1f, Chantry House is another of the Cheltenham Festival Trials Day tips from our experts. Trained by Nicky Henderson, this JP McManus owned eight-year-old won the Marsh Novices Chase at the Festival last season and followed-up at Aintree stepping up to this distance.

Even if that race fell apart somewhat, Chantry House has proven his stamina by winning a match at Sandown on reappearance. Henderson won this race two years ago with Santini at the same age, so the Seven Barrows runner is again a strong fancy this time around. Hills are 10/11 about Chantry House bouncing back in first-time cheekpieces after pulling up in the King George VI Chase at Kempton.

Back Chantry House with William Hill

Henderson has obvious claims of a big race double on the card courtesy of Champ in the 3m Grade 2 Cleeve Hurdle but he’s no value on his own. Also owned by McManus, this 10-year-old has plenty in hand on the field. Champ hit form again with victory at the highest level in the Long Walk around Ascot on his return to action.

Each of his four rivals has something to prove here. For McFabulous, it’s about staying the distance. Paisley Park isn’t the force of old, while nine-year-old pair Dandy Mag and Lisnagar Oscar both have so much to find on ratings. Even so, this is a no bet run at 1/2 for Champ and 9/2 bar on Thursday evening.

And finally, the last of our Cheltenham Festival Trials Day tips is Hillcrest in the extended 2m 4f Grade 2 Ballymore Classic Novices Hurdle. A course and distance winner running in the silks of the late Trevor Hemmings for trainer Henry Daly, the seven-year-old son of Stowaway is unbeaten in three starts over hurdles.

Hillcrest too his form to a new level with a fine victory at Listed level here on New Year’s Day. He beat some well-regarded types including I Am Maximus that day. Hillcrest has top weight as a result but still comes out 4lb clear of the field on adjusted ratings. Stepping up in grade is the next logical move for connections. Hillcrest is the 13/8 joint-favourite with Bet365 for the four-timer.

Bet on Hillcrest with Bet365