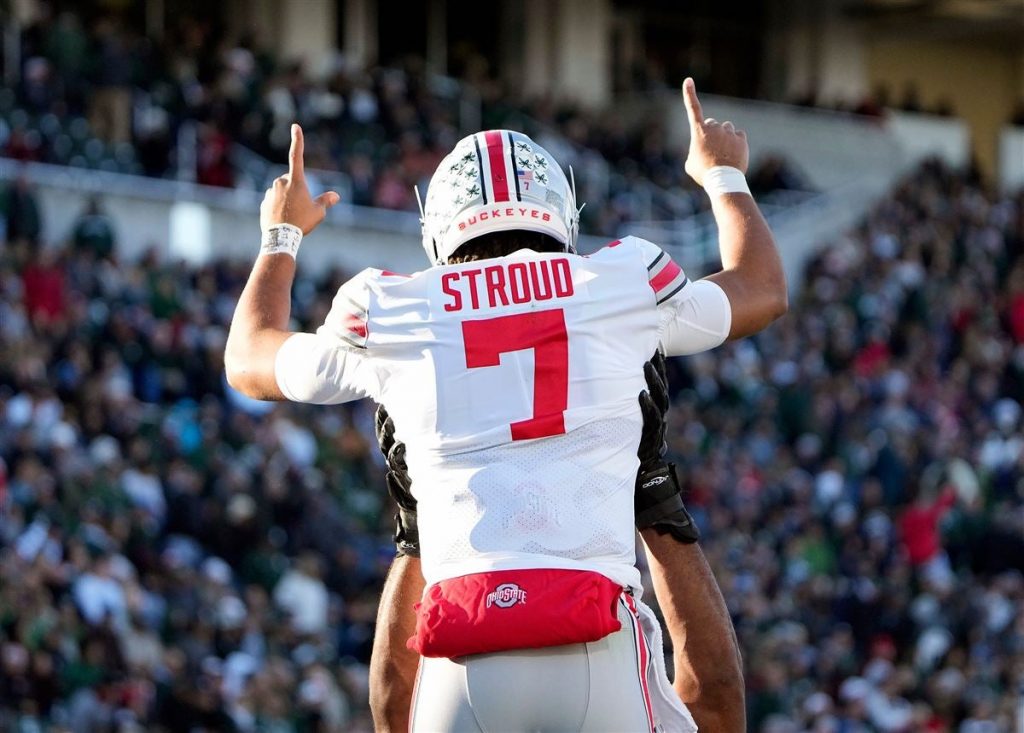 With eight weeks of college football in the books, the storylines around the league are in full swing and one of them is, of course, the Heisman race. At present there are two clear front runners for the trophy, CJ Stroud of Ohio State and Tennessee quarterback Hendon Hooker. Are they the only two realistic candidates in the race for the Heisman Trophy?

Hooker and Stroud clear of the pack

Which QB has impressed you the most this season? pic.twitter.com/snCp9QWaz5

Path for Corum to run them down

Let us know who should be the favorite to this point ⤵️

While they may be the favorites at the moment, there is still room for that to change. But how would results have to play out for neither of them to win the Heisman?

Let us take a look at the schedule for Hooker first. He faces Kentucky on Saturday on what is not exactly a gimme, but we assume he comes out of that one with a win and decent stats.

The week after, Tennessee goes to Georgia in what will be an absolutely massive clash. If Georgia can stop Hooker racking up points and picking up the win, his Heisman narrative takes a hit.

If we look at Ohio State, they face off against #13 Penn State on Saturday and that is realistically the only challenge facing the Buckeyes until they meet Michigan in the last regular season game.

Michigan running back Blake Corum (+1600 with BetOnline) can potentially go ballistic in that game and help Michigan be victorious. In that scenario, he could well overtake CJ Stroud in the Heisman race. However, he would need Hendon Hooker to get lit up at Georgia and struggle in the remaining weeks to chase them down.

Others in the running

Others in the running include Caleb Williams, who has done all he can, but may struggle to gain traction out west. He has a big game against UCLA in a few weeks that could help him, but for now there is no clear path for him to overtake the front runners.

There are really issues with so many of the other quarterbacks’ campaigns that if anyone is going to chase them down it has to be Blake Corum and that seems a little far fetched at this point.

So, the best path appears to be for Blake Corum, but he needs a lot to go right to even be in with a shot. Realistically, it does appear very much a two horse race providing no injuries occur to the favorites.