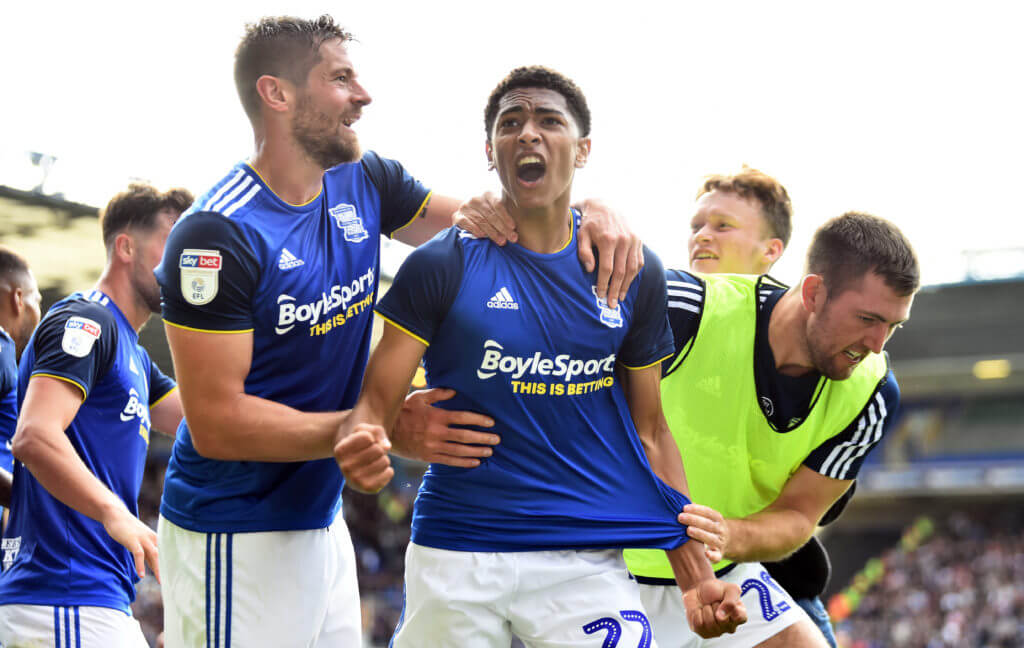 Birmingham midfielder Jude Bellingham has been linked with a move away from the club this summer.

Apparently, several European giants are chasing the player and now Christian Falk from Sportbild has confirmed that Borussia Dortmund are favourites to sign the midfielder.

The 16-year-old is a target for Bayern Munich as well but the player won’t be heading to Bavaria.

Bellingham is a prodigious talent and he is expected to develop into a star. He needs to join a club that will allow him to develop and will give him first-team chances.

A move to Dortmund would be ideal. The German outfit are exceptional with their handling of young players. The likes of Haaland and Sancho have benefited from that and Bellingham could be next in line.

Birmingham are thought to value the player at around £30m and that shouldn’t be a problem for the player’s suitors.

A transfer away from Birmingham seems like a formality now. Bellingham was linked with Manchester United as well. In fact, the player’s parents were given a tour of Carrington earlier this month as well.

It will be interesting to see where he ends up eventually. Whoever ends up signing the player will have a top-class talent on their hands.