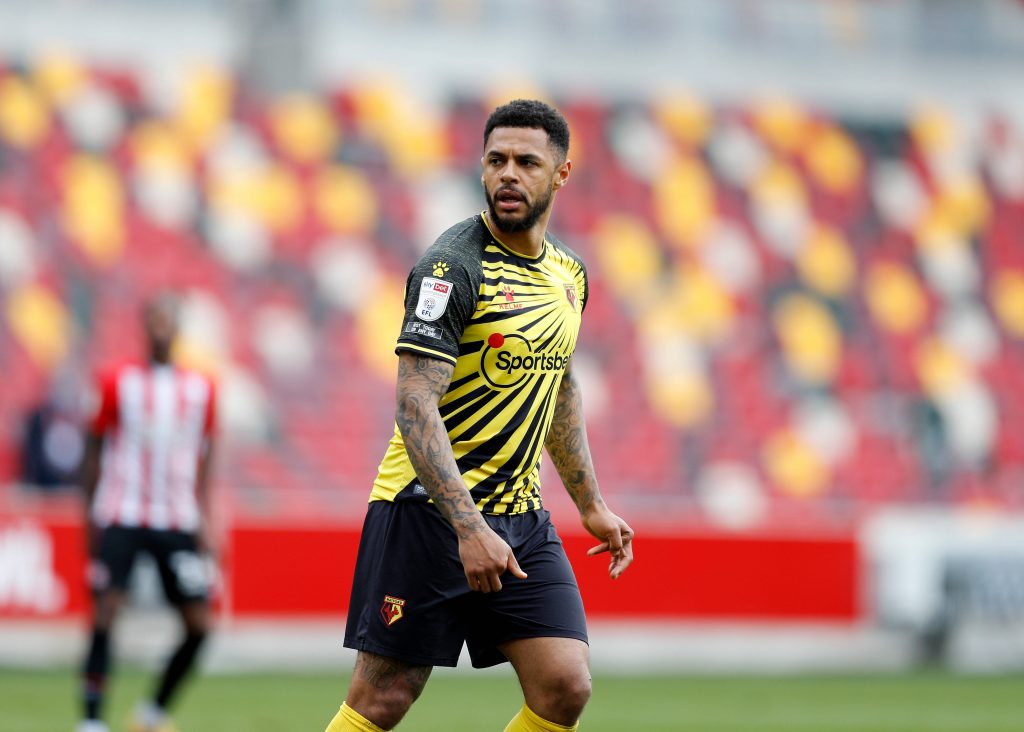 Gray arrived at Watford from Burnley back in August 2017, signing for a then-club record fee believed to be around £18 million.

The Jamaica international hasn’t lived up to expectations at Vicarage Road.

In 126 appearances for the Hornets, he has scored just 21 goals in all competitions, including only five in 30 last season as they were promoted from the Championship.

Nonetheless, he has proven in the past that he is capable of scoring goals in the second tier.

In the 2015/16 season, he won the Championship Golden Boot and Player of the Year, scoring 23 and helping Burnley to the league title. He followed this up with a respectable nine goals in the Premier League.

The 30-year-old is unlikely to get much game time at Watford this season, especially following the signings of Emmanuel Dennis, Josh King, and Cucho Hernandez.

Queens Park Rangers, Birmingham City and Middlesbrough are all reportedly interested in bringing the forward in on loan this summer.

QPR have made a very encouraging start to the campaign, picking up seven points from their opening three games. However, they may be looking to bring in reinforcements up front.

Lyndon Dykes has begun the season in good form, scoring two goals, but it remains to be seen whether he can keep this up.

Meanwhile, Charlie Austin has fitness issues, and Charlie Kelman is still young and unproven at this level.

Manager Mark Warburton previously worked with Gray for one season at Brentford, where he scored 18 goals.

The 58-year-old may feel like he’s the right man to get the best out of the forward.

Birmingham’s start to the season has been okay, accumulating four points from their first three. However, Lee Bowyer’s men have struggled in front of goal, scoring just once.

Their defence has been encouraging, keeping three clean sheets and conceding only two goals in all competitions.

They may feel like the addition of a striker could elevate them into a play-off charge.

As for Middlesbrough, they also have four points from their opening three fixtures. They have scored in every game so far, but have also failed to keep any clean sheets.

One of the worries for manager Neil Warnock may be the lack of a proven goalscorer in his squad.

His main striker is Uche Ikpeazu, who has never hit double figures at a level higher than the fourth tier.

Jonny Howson is the only player from Boro’s side to have ever bagged ten in a Championship season, which came in the 2010/11 campaign.