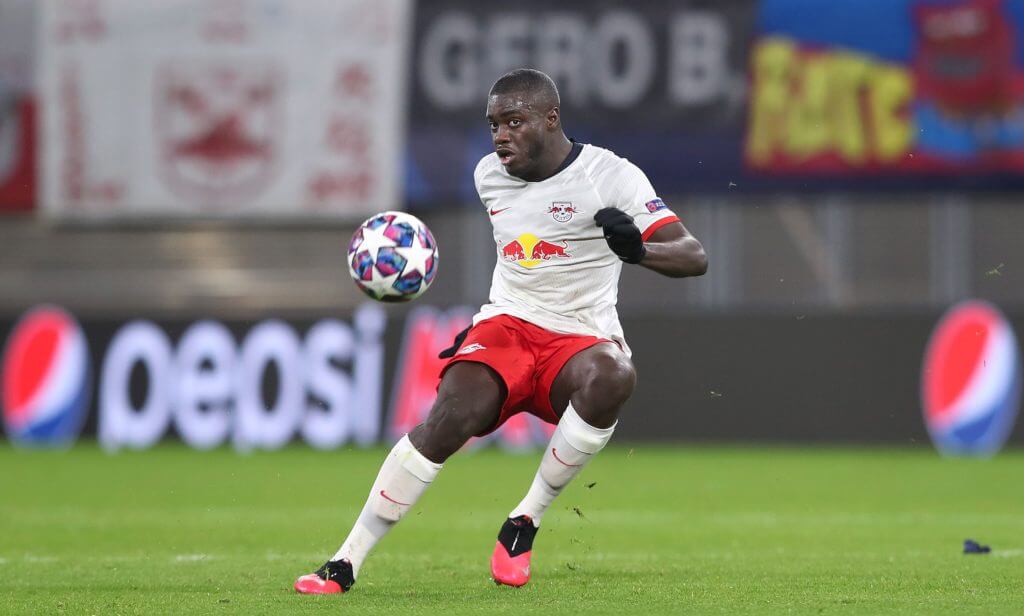 According to The Transfer Window Podcast, RB Leipzig centre-back Dayot Upamecano is Liverpool’s first choice as they look to buy a new defender when the transfer window opens in January.

The Reds have been dealt a massive blow with Dutch centre-back Virgil Van Dijk likely to miss the rest of the 2020-21 season after rupturing his ACL (anterior cruciate ligament) during weekend’s Merseyside derby.

They currently have the trio of Joel Matip, Joe Gomez and defensive midfielder Fabinho as their only centre-back options, and landing another defender in the winter is pertinent.

Upamecano was the defender Liverpool manager Jurgen Klopp identified ahead of the summer transfer window as a replacement for Dejan Lovren, but a move couldn’t work out, with the coronavirus pandemic affecting their plans and budget.

The 21-year-old is also on the radar of several top clubs in Europe and has been linked with some of the Premier League’s bigwigs.

He had just one year remaining on his contract and a reported release clause of £52 million heading into this summer, but has since signed a new three-year deal and he won’t be leaving the Bundesliga side on a cheap.

If Liverpool will be keen to break the bank for Upamecano’s signature in January remains to be seen, but they could do with such a quality defender for the second half of the campaign and going forward.

He is already arguably the best centre-back under the age of 25, and he has the potential to become the best in the position in a few years from now.

Having him alongside Van Dijk will make the Reds’ defence the best on the planet given their combined qualities, and landing such a player will be another huge statement of intent.

Liverpool hero Jamie Carragher reckons the Frenchman would be a valuable addition to the squad in January, and it will be fascinating to see who they add to their defence midway through the campaign.