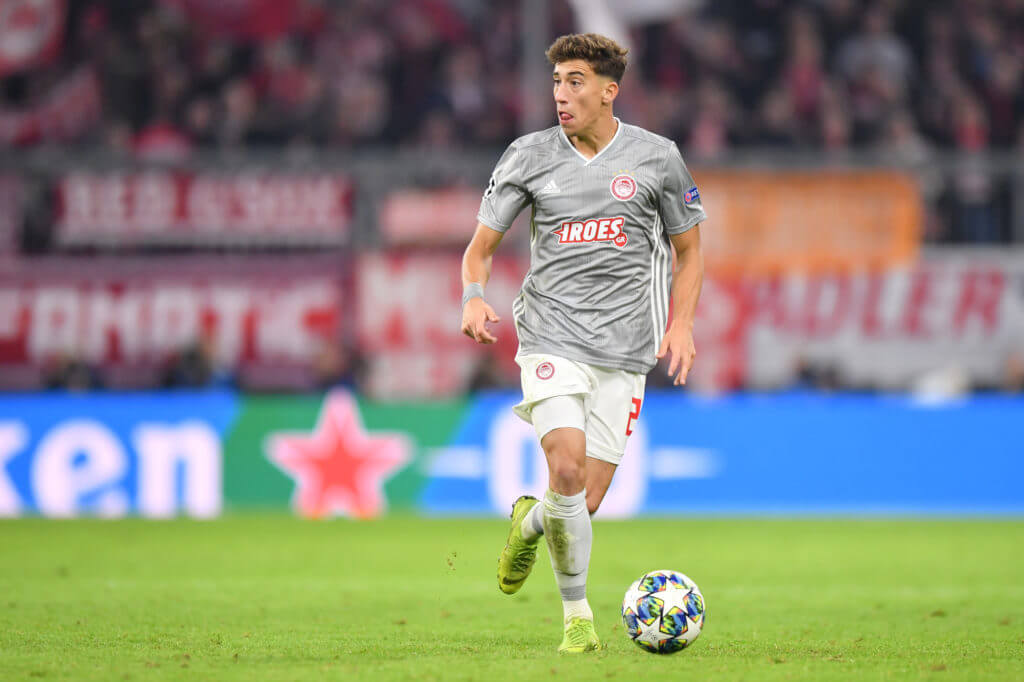 Everton are interested in signing Kostas Tsimikas from Olympiacos in the summer transfer window, according to The Daily Mail.

The report has claimed that the Toffees have made an enquiry about the 24-year-old left-back in recent weeks.

However, Carlo Ancelotti’s side are not the only club who are interested in securing the services of the Greece international.

Liverpool, Leicester City and Chelsea are also looking to secure the services of the left-back, who will be sold by his club for £12 million, according to the report.

According to WhoScored, Tsimikas made seven appearances in the Greece Super League for Olympiacos this past season.

The left-back also played six times in the Champions League and four times in the Europa League for the Greek giants, according to WhoScored.

Everton do need to sign a left-back in the summer transfer window following the retirement of Leighton Baines.

Lucas Digne is the undisputed number one at left-back, but the former Barcelona player needs competition and a back-up.

At the report transfer fee of £12 million, Tsimikas would be a very good bargain signing for Everton, who will be aiming to challenge for the Europa League places next season.