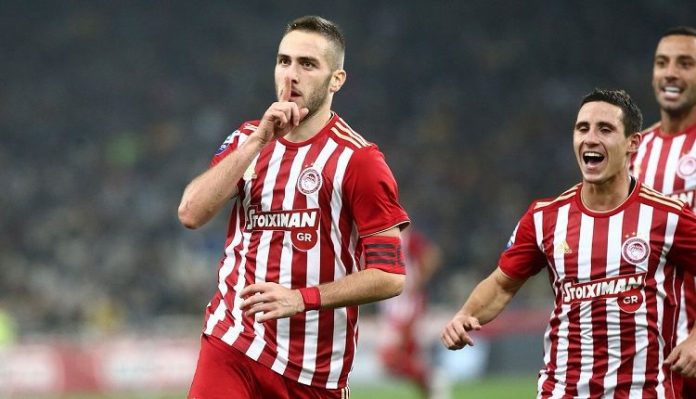 West Ham have submitted an offer for Kostas Fortounis.

According to reports from a Greek radio station (translated by SportWitness), the Hammers want to sign the midfielder this summer.

The 27-year-old Greece International has had an impressive season with Olympiacos. He managed to pick up 15 goals and 3 assists for them.

It will be interesting to see whether Husillos manages to agree on a deal with Olympiacos now. He worked for them before joining Malaga and he will be looking to use his connections to get the deal over the line.

The player is nearing the end of his contract and that could work in favour of West Ham when they are negotiating the transfer.

The Greek side will not want to lose the player on a free transfer in 2020.

West Ham have the likes of Felipe Anderson, Jack Wilshere and Manuel Lanzini at their disposal and it would be surprising to see them splash out on another midfielder of similar style.

The Hammers should look to improve their attack instead. They are in desperate need of goalscorers.

Furthermore, Fortounis hasn’t proven himself at the highest level and the signing would be a bit of a gamble for Manuel Pellegrini’s side.