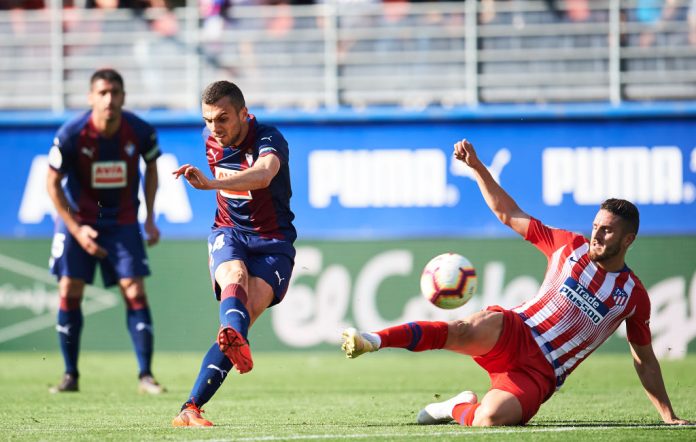 The creative central midfielder has done well with Eibar this past season and Pellegrini is looking to bring him to London.

According to Sky Sports, the Hammers have already submitted a £13m bid for the player.

West Ham and Valencia have had £29m bids accepted by Celta Vigo for striker Maxi Gomez. Up to Gomez to decide where he wants to go. West Ham have also made £13m bid for Eibar defensive midfielder Joan Jordan.

With Mark Noble past his peak, West Ham will need to add a creative central midfielder and Jordan could be ideal.

The 24-year-old will add creativity to West Ham’s midfield next season. He picked up 4 goals and 4 assists in La Liga this past season.

He is very good with his final pass and he has the flair to get past opponents as well. He will help drive the team forward.

They have already signed Pablo Fornals this summer and it seems that Pellegrini is determined to improve his midfield options considerably.