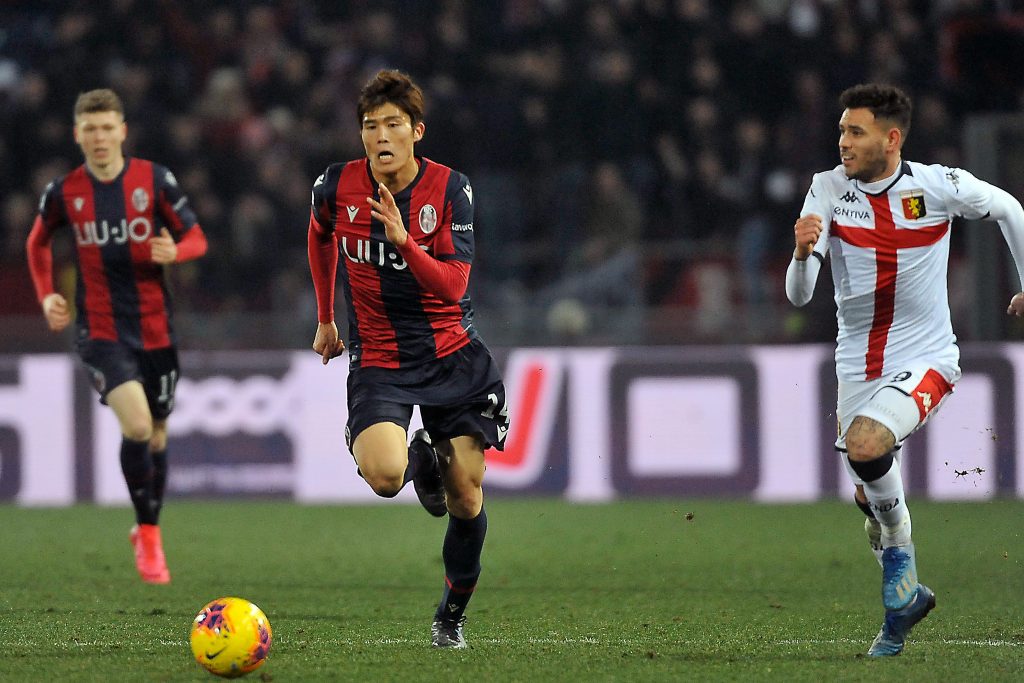 West Ham have been linked with a move for the Bologna right back Takehiro Tomiyasu.

As per reports (via Sportwitness), Premier League outfit Southampton are keeping tabs on the versatile defender as well.

Tomiyasu can play as a centre back if needed and he would be a good addition to David Moyes’s side.

The Hammers need to bring in a quality right back this summer. They should be looking to bring in someone better than Fredericks if they want to return to the top half of the table.

West Ham need to cut out their mediocre players from their starting lineup in order to improve as a team.

They have Cresswell, Ogbonna and Diop at the back but the absence of a reliable right back has let them down this season.

West Ham have been linked with Gonzalo Montiel in the recent weeks as well and it will be interesting to see who they end up with.

The Hammers have the finances to pull off signings like Tomiyasu and Montiel.

Apparently, Bologna could be open to selling the defender for a fee of around €25m this summer.

If West Ham can agree on a fee with his club, convincing the 21-year-old to join the club shouldn’t be too difficult.