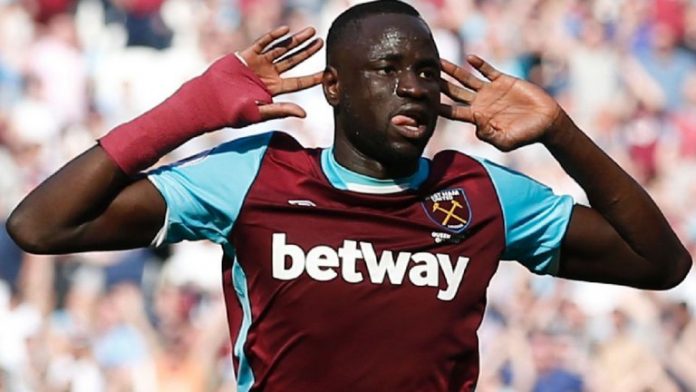 West Ham fans have taken to social networking site Twitter to slam Cheikhou Kouyate’s performance against Chelsea as the Hammers managed a 1-1 draw at Stamford Bridge on Sunday.

The Hammers went into this game on the back of a 3-0 win against Southampton, and the confidence among the players was evident during the clash against their London rivals. Chelsea went into the break with a 1-0 lead with Cesar Azpilicueta scoring for the Blues after taking advantage of some sluggish defending from the West Ham players in the box.

Joe Hart was outstanding throughout the match, and made some superb saves to keep the Hammers in the contest. Javier Hernandez came from the bench to equalise for West Ham in the 73rd minute, after Marko Arnautovic found him in the box with a clever low cross.

While the majority of the West Ham players put in a great effort, David Moyes will be unhappy with the performance of his midfielders, and especially that of Kouyate.

The 28-year-old couldn’t bring his physicality into count – which is his main strength – and lost the battle in midfield with N’Golo Kante for the ball. He made some decent runs forward with the ball, and won the ball on a few occasions, but overall it was a pretty average performance.

Someone give Kouyate a coffee at half time.

Kouyate back to his piss poor best, too.

Moyes needs to train our players what to do with the ball when you want to waste time, Kouyate and Masuaku just don’t get it

Bad decision. Should have subbed Kouyate off and dropped Fern back. Kouyate had been lazy and poor.

Kouyate back to his keystone cops play it seems, needs to wake up and realise he’s in a game