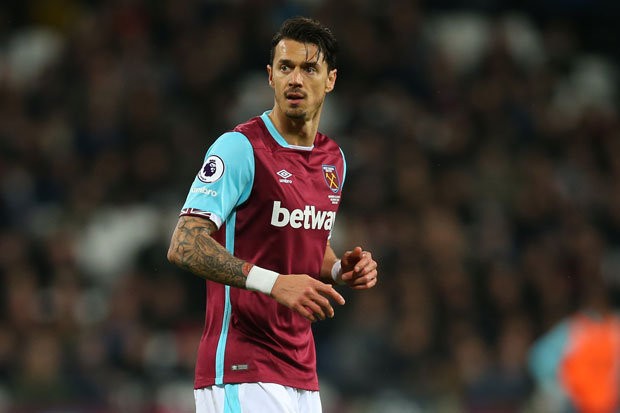 West Ham defender Jose Fonte is reportedly heading for the exit as he is eyeing a move to the Chinese Super League within the next week.

The Daily Record reports that Fonte has agreed to move to the Chinese Super League club Dalian Yifang. The 34-year-old vastly experienced defender will join on a £4.8 million deal (€5.5 million) and will sign a three-year contract for the newly promoted Dalian.

Fonte, who reportedly earns £65k-per-week wages at West Ham, joined the Hammers in the January transfer window of 2017, and was signed by Slaven Bilic.

Fonte was doing well in the early part of the season before he was ruled out for a long period of time through injury. He even grabbed an assist in West Ham’s 2-3 defeat against Tottenham at the London Stadium in September.

However, the Daily Record claims that Fonte has dropped down the pecking order under David Moyes, and the club have decided to let him go.

If this Fonte story re moving to a Chinese club is true then a strange decision by the club to let him go, just returning to fitness, was playing well before injury and a tough run in to ensure we stay in PL. Can only be about cashing in on him due to his age ⚒

Thought Fonte was our best defender before he got injured. Surprised.

Wouldn’t blame him for wanting to go. Getting publicly slagged off by Sullivan. But for an already depleted squeal its lunacy. But of course its all about the pound note.

Fonte’s move makes sense on his behalf. He’ll earn massive wages and he’ll be starting every game, but its just an odd move from our point of view.

Gutted to see him go.

He’s been nothing short of brilliant.

How much did we pay for him? Now the problem is: we lose fonte while we already lost Burke and Oxford. We will have 4 defenders and Reid and Collins are injury prone. God help us all.

Makes sense to me. I was never happy with the deal for him anyway, not because he’s isn’t a good player but we have too many players past their best, on big wages. If we’ve got the chance to get something back for him I’d take it. Pretty well covered at the back anyway.