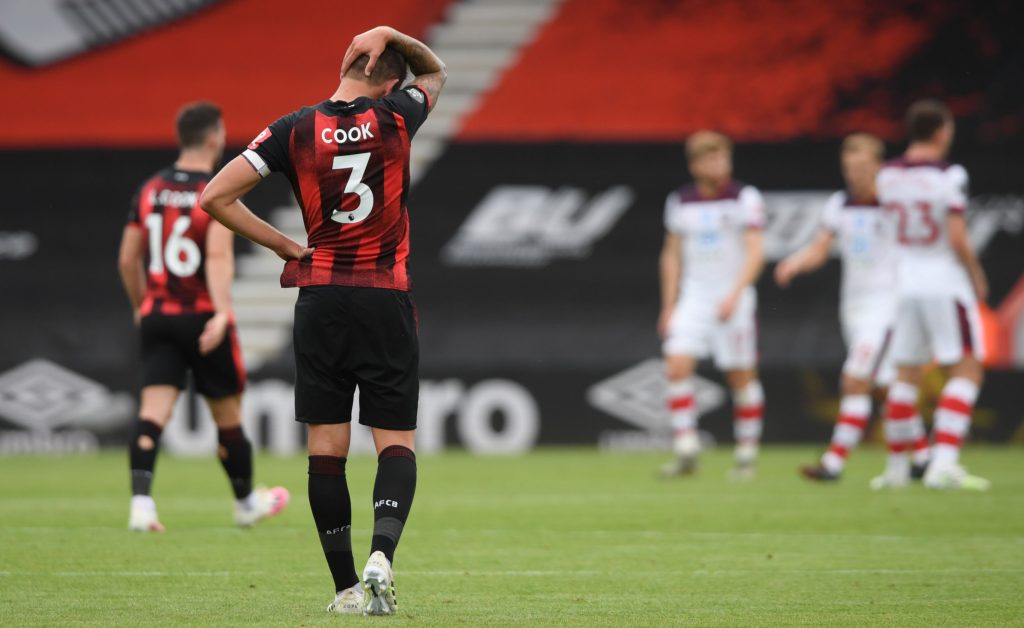 West Ham are thought to be interested in signing the Bournemouth defender Steve Cook this summer as per Daily Star.

The domestic transfer window is open until the 16th of October and West Ham will be looking to add some defensive depth to their squad in the next few days.

The Hammers need to sign a quality partner for Issa Diop and it will be interesting to see who comes in before the window closes. They have been linked with the likes of Dawson and Ryan Manning from the championship as well.

Bournemouth have been relegated to the Championship but Steve Cook has proven himself to be a quality Premier League defender and he would be a smart signing for the Hammers. He deserves to play top-flight football and the player is likely to be tempted if West Ham come calling with a concrete offer.

The 29-year-old has considerable Premier League experience and he should be able to settle in quickly and make an immediate impact.

The Hammers needs to tighten up at the back if they want to secure a respectable finish in the Premier League this year and signing a quality centre back should be their top priority now.