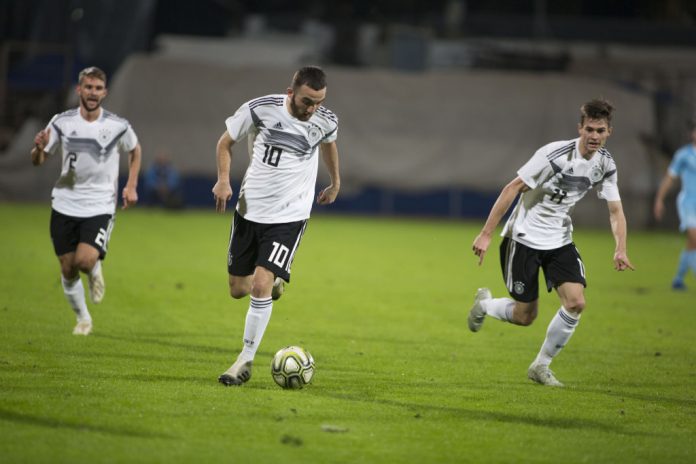 West Ham and Newcastle are interested in signing the Mainz midfielder Erkan Eyibil.

The highly rated playmaker has been likened to Mesut Ozil because of his playing style.

According to Turkish football, the two Premier League clubs are looking to bring him in this summer.

Eyibil can play as the number ten as well as a wide player. However, it would be a strange move for Newcastle and West Ham.

They already have the likes of Almiron and Lanzini at their disposal. Eyibil can play as a winger but that is not his natural position.

The young midfielder is blessed with impressive vision and passing technique in the final third. He needs to play as the number ten in order to make the most out of his skills.

Eyibil has 12 goals and five assists in just 18 games for Mainz’s youth sides this season and he has a big future ahead of him.

He should look to join a club that can offer him regular football in his natural position. Sitting on the bench at a top Premier League club will only halt his development as a footballer.