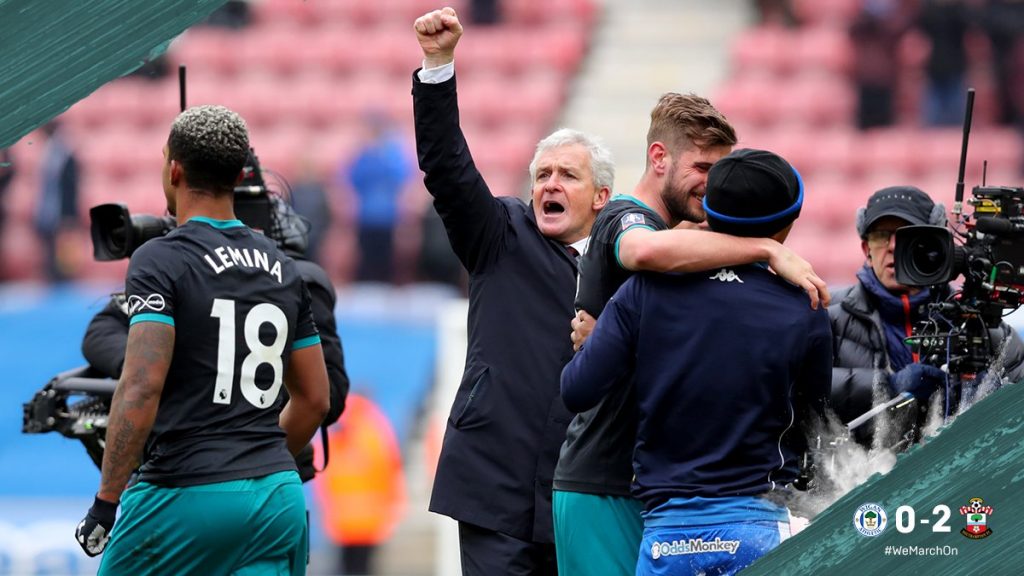 The Saints earned a 2-0 win against Wigan at the DW Stadium to cement a place in the semi finals of the FA Cup where they will face Chelsea.

Hoedt played the entire 90 minutes and his performance was appreciated by the Saints fans. He tweeted after the match:

We’re into the semi’s ??? Big thanks to the Saints fans who braved the cold to support us! #SaintsFC #WIGSOU pic.twitter.com/qAUsZnZZcW

Two second half goals from Pierre-Emile Hojbjerg and Cedric Soares earned the victory for Southampton.

Wigan did well to keep the scoreline 0-0 at half time. In the second half, Emile Hojbjerg fired in after Christian Walton had saved his header.

Walton also caught the attention when he made a stunning save to deny Manolo Gabbiadini from a penalty spot after Dan Burn had brought down the striker.

However, a late goal deep in the extra time from Soares ended all hopes for Wigan.

Good solid game bigman.A colossus in the back four.Excellent team performance and fully merited the win against a good Wigan side.

Great second half Wes, you all looked like a team that had something to play for. Soooo good to see you play like this. Onto the semi with heads held high ?

Pat all the players on the back for the fans. Great battling performance and a well deserved win. Nice to see some belief in our offensive ability. COYRS