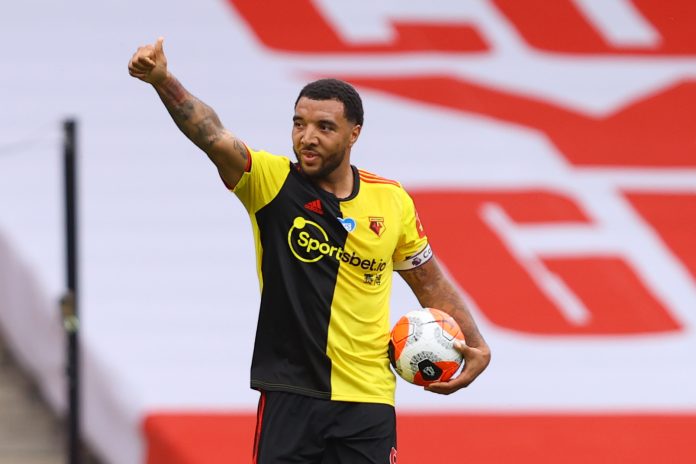 Watford will let Troy Deeney leave this summer amid reported interest from Tottenham Hotspur and West Bromwich Albion, according to The Daily Mail.

Earlier this month, The Daily Mail reported that Tottenham are interested in signing Deeney from Watford in the summer transfer window.

Promoted side West Bromwich Albion are also reported to be looking into the possibility of signing the 32-year-old striker this summer.

The Daily Mail has now reported that should a good offer come in, then Watford, who were relegated from the Premier League last season, will not stand in the way of Deeney and will let him leave.

In a recent interview with The Sun, Deeney made it clear that he still considers himself as a Premier League striker, and it is hard to see him stay at Vicarage Road beyond the summer transfer window.

Tottenham need to sign a striker as a back-up to Harry Kane, and with Deeney’s strong personalty and experience of playing in the Premier League, he would be a good addition to Jose Mourinho’s squad.

West Brom could also do with an experienced striker on their return to the top flight of English football, and Deeney does fit the bill.