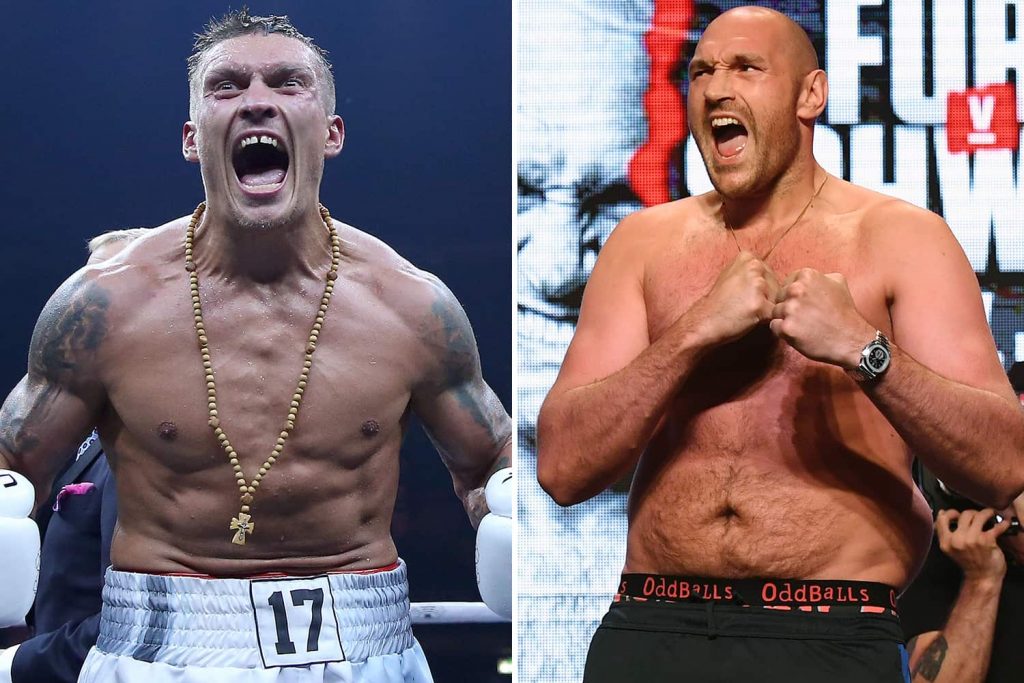 Tyson Fury has offered his verdict ahead of Saturday’s heavyweight rematch between Anthony Joshua and Oleksandr Usyk.

The reigning WBC title holder recently confirmed his retirement from the ring (again) after backtracking on his desire to return for a clash with Derek Chisora in a trilogy bout.

However, it now seems the ‘Gypsy King’ is officially out of the ring for the time being after vacating the coveted Ring Magazine belt, which will now be contested this weekend alongside the WBA, WBO and IBF titles.

Despite announcing his desire to step down, the 34-year-old will almost certainly be enticed by the prospect of returning to the ring for one more fight, where he could bow out in style by unifying all of the heavyweight belts against the winner of this weekend’s rematch.

While the entire boxing community has long been waiting for a Fury versus Joshua match-up, it seems the two-time heavyweight champion is of the belief that Oleksandr Usyk will defend his crown, particularly if the fight goes the distance as it did last September.

He said in a recent interview, “without trying to slate AJ or anything, because he has done well, he has had a great career, he doesn’t have the engine to box for 12 rounds.

“So unless he comes to Morecambe and lets me train him for this fight, I see another loss, to be fair. If not, he gets another loss on his record.

“Unless Joshua gets his a*** up to Morecambe and lets me train him for this fight Robert Garcia and ten men like him will not make him beat Oleksandr Usyk.”

Indeed, Joshua was outclassed by the Ukrainian in the first meeting, losing in an unanimous decision with scores of 17–112, 116–112 and 115–113. Usyk said after the fight that there were many opportunities to finish Joshua off, but went on to say there was “no objective to knock him out because my corner pushed me not to do that.”

This highlights the monumental task he has in front of him to regain the titles lost last year in London, but we simply can’t wait to see a new and hopefully improved Joshua.

With such an intriguing prospect just hours away, take a look at our guide to the best boxing betting sites ahead of the bell.