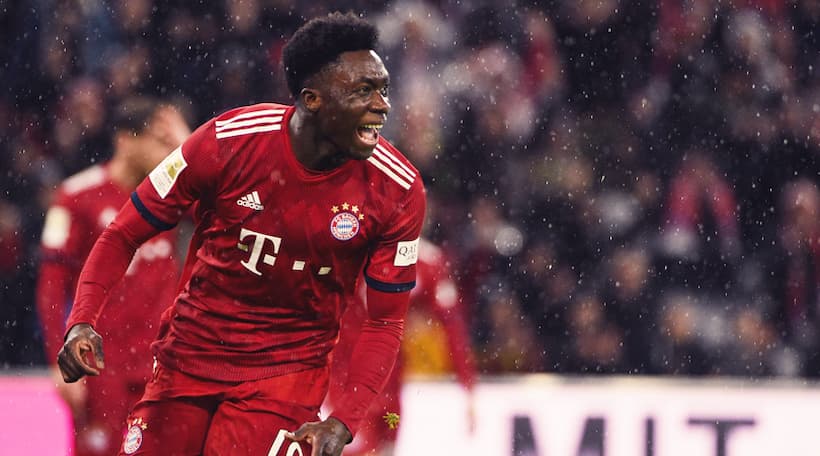 With a fantastic lineup of UEFA Champions League football scheduled for this evening, our expert presents a set of five-fold 24/1 football Acca tips. Plus, find out how you can Bet £10 Get £30 at Betfred.

Betting on the above teams highlighted in bold at Betfred provides odds of approximately 24/1 – and a return of £253.12 on a £10 stake.

Dynamo Kyiv vs Bayern Munich – Bayern to win at 4/11

In terms of form in the UCL, Bayern are the clear winners: Julian Nagelsmann’s team has won four Group E games in a row, whereas tonight’s opponents Dynamo Kyiv have lost three successive games.

When the teams met at the Allianz, two goals from Robert Lewandowski helped Bayern to a 5-0 win. Dynamo struggled to get a foothold in the game from a possession standpoint and were limited to just two shots on target.

Expect something similar this evening.

Jocelyn Gourvennec’s Ligue 1 champions Lille may have lost the reverse fixture 1-2 away in Austria, but they did control the lion’s share of possession and had plenty of chances to win the game. Lille haven’t been defeated at home in seven games in all competitions and head into this match in good confidence having beaten Sevilla away in the last round of group games whereas Salzburg were beaten away by Wolfsburg.

We’re backing the team in UCL form – Lille to win.

Villarreal vs Manchester United – Villareal to win at 17/10

Manchester United travel to Villarreal for the early kick-off match in UCL Group F tonight, knowing that anything short of a win is likely to leave their hopes of a push for the last-16 in the balance.

Ole Gunnar Solskjaer will no longer be the familiar face in the dugout, but, with just three days having passed since United sensationally fired their Norweigan club legend, it’s highly unlikely that fans are going to see much of an improvement, especially not in defense where United have been woeful all year.

United have conceded 14 goals in their last five games and have kept just one clean sheet in their last 14 games. This kind of porous defending doesn’t tend to fly in the UCL – and especially not away in Spain where English sides, traditionally, have struggled.

Cristiano Ronaldo might well find the back of the net again but we’re betting on Villareal 3-1 Manchester United.

Chelsea vs Juventus – Chelsea to win at 4/7

Chelsea were outplayed against Juventus in the reverse fixture, losing 1-0 in Turin back in Week-2, but Thomas Tuchel’s reigning European Championship winning team continues to go from strength to strength this season and, on current form, have to be considered favorites for this match.

The Pensioners haven’t lost since that defeat to Juventus. In ten games played since, Thomas Tuchel’s side has won eight and drawn once, scoring 26 goals and conceding just three.

Juventus, on the other hand, have lost twice in Serie A since beating Chelsea and have been struggling in front of goal in comparison, netting just 13 goals in their last nine outings.

As such, we’re backing the form team and the reigning UCL winners to set the record straight back at Stamford Bridge tonight.

Sevilla vs Wolfsburg – Sevilla to win at 4/6

In the reverse fixture back in Germany, Sevilla likely left Wolfsburg with mixed emotions: a late penalty from Ivan Rakitic was enough to snatch a point for the Spanish side. But Sevilla had dominated possession of the ball, and had more shots on target than their German opponents and probably felt they deserved more.

Tonight, with their UCL hopes now hanging in the balance (Sevilla are bottom of Group G with three points from four games played), we’re backing the Spanish side to put on a show at the Ramon Sanchez Pizjuan and get the win they need to keep their slim hopes of qualification alive.

Betfred is offering a Bet £10 Get £30 in Free Bets + 30 Free Spins promotion to any newcomer to the site. This special promo can be used in conjunction with Tuesday’s UCL matches and the aforementioned football ACCA tips.