Zlatan for Robinho? I’m not quite sure which club would be inheriting the most baggage in that particular deal. Oh well, good luck to the pair of them!

Here are today’s shining golden flecks of gossip, painstakingly panned from the river of rumour…

Manchester City are planning an audacious (‘misguided’ might be a more fitting description) swap deal that would see their wayward Brazilian winger Robinho used as ballast in a move for Barcelona’s apparently out-of-favour striker Zlatan Ibrahimovic. (Daily Mirror)

Manchester City have also made a fresh enquiry as to the availability of Toulouse holding man Moussa Sissoko. City reportedly met with the 20-year-old French international’s representatives in Paris earlier this week to discuss a switch to the Premier League, and are now weighing up a bid – and they may have to act quickly as Lyon are also circling. (Daily Mail)

Arsenal have again been linked with a £22 million double raid on Palermo for their Danish defender Simon Kjaer and Uruguayan forward Edinson Cavani. (BigSoccer)

Chelsea are eyeing a £16 million move for out-of-sorts AC Milan striker Klaas-Jan Huntelaar, who has endured a torrid first season in Italy due to poor form and injury. (Caught Offside)

In further Chelsea news, veteran German midfielder Michael Ballack may make a lucrative move into semi-retirement by following Fabio Cannavaro to the Dubai leagues. Al Wasl and Al Shabab have both been linked with a move for the 33-year-old. (Guardian)

According to the player’s agent, Tottenham have approached Juventus with the view of signing Italian international striker Vicenzo Iaquinta. (Football Press)

Spurs are also putting together a package worth £22 million with which they hope to lure Aston Villa’s speed merchant Gabriel Agbonlahor to White Hart Lane. (Express)

Bolton have made a £2.5 million bid for Real Madrid youngster Marcos Alonso and will also attempt to sign Manchester City winger Martin Petrov when his contract at Eastlands expires on July 1st. (Mail/Express)

Birmingham are favourites to sign highly-rated Hamilton midfielder James McArthur and the Blues are also set to reignite their interest in Liverpool winger Ryan Babel. (Mail)

West Ham are on the verge of completing a £6 million deal for Everton’s Nigerian striker Yakubu. (Goal) 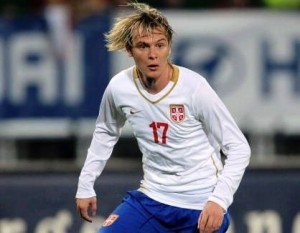 CSKA Moscow winger Milos Krasic has seemingly confirmed that he is to join Juventus over the summer, telling a Russian newspaper;

“CSKA and Juventus are negotiating and I think that they will strike a deal soon. I am looking forward to joining Juventus, one of the most prestigious clubs in football. It will be a major step forward in my career”. (Sportal)

Juventus are also being linked with a move for Udinese’s 19-year-old Ghanaian defender Jonathan Mensah, although the Bianconeri have denied any interest. (Goal)

Flamengo striker Adriano is close to making his return to Serie A with AS Roma after spending the weekend in Milan discussing the move with Giallorossi representatives. (Tribal Football)

Brazilian midfielder Rodrigo Taddei has signed a new deal with Roma that will see him tied to the club until 2014. (Goal) 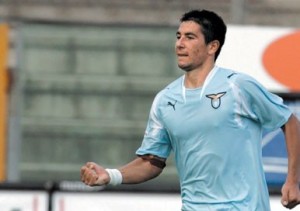 Real Madrid have made Lazio an offer of €18 million for their highly-rated left-back Aleksandar Kolarov but the chairman of the Biancocelesti, Claudio Lotito, has told the Spanish giants that he won’t consider letting the Serb go for a penny under €25 million. (EuroSport)

Valencia are in negotiations to sign Getafe striker Roberto Soldado and could complete a deal to bring the former Real Madrid man to the Mestalla as early as tomorrow. (Goal) 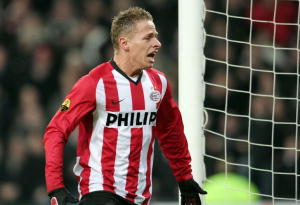 According to reports in the Turkish media, Fenerbache are about to complete the signing of PSV’s Hungarian winger Balazs Dzsudzsak. (FenerWW)