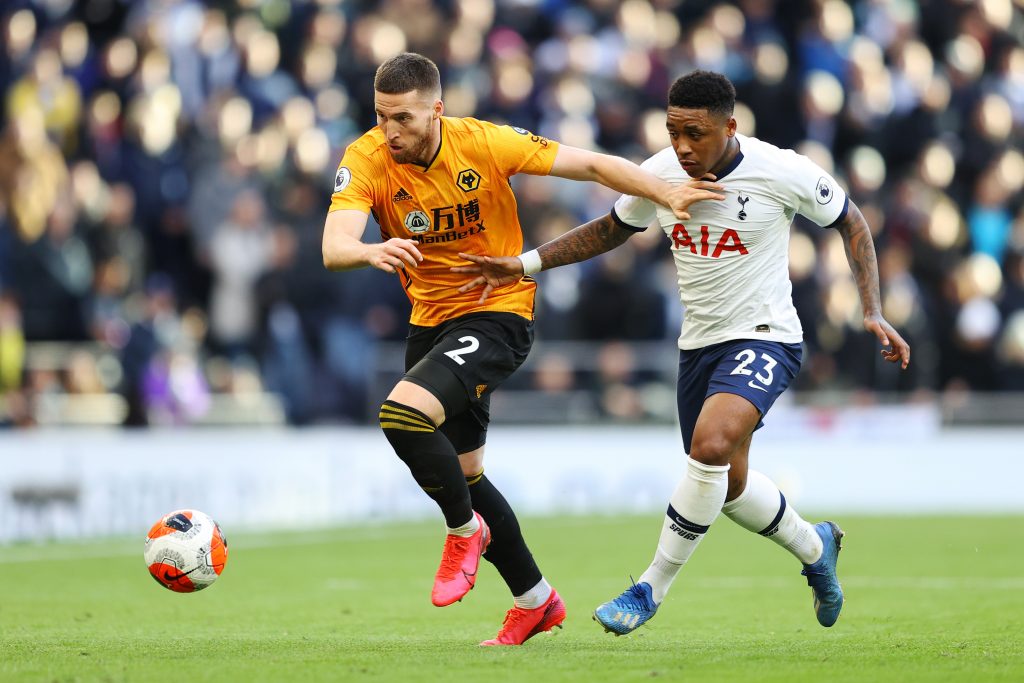 Tottenham Hotspur right-back Matt Doherty has explained to The Guardian why he grew up an Arsenal fan.

The Republic of Ireland international moved to Tottenham from Wolverhampton Wanderers in the summer transfer window.

The 28-year-old, who played as a right-back during his time at Wolves under manager Nuno, grew up as an Arsenal fan, and he deleted previous tweets on the Gunners after joining their bitter North London rivals Tottenham.

Doherty has explained why he supported Arsenal as a boy, and the reaction to the video of him deleting his tweets regarding the Gunners.

Doherty told The Guardian: “It’s well documented that I had previous tweets and they asked me to do a few shots on the video.

“I knew they were going to put something together but when I saw the end product it was quite funny and I’m glad it went down really well. People have messaged me and said how bad the acting was and that’s probably fair.

“My mam is Dutch and Dennis Bergkamp is Dutch and that link got me interested in the game and watching him going forward. So it’s an unusual link [to Arsenal] but that’s what it was.”

Matt Doherty is a brilliant signing for Tottenham Hotspur

Doherty did well during his time at Wolves and developed his game a lot under Nuno.

Serge Aurier is not a great right-back and makes mistakes defensively, and Doherty is an upgrade on the Ivory Coast international.

Tottenham are looking to finish in the top four of the Premier League table this season, and the right-back will play a big role in that quest.

Spurs are also aiming to progress to the group stage of the Europa League this campaign.

Arsenal are also aiming to clinch a Champions League place and will play in the group stage of the Europa League this season.