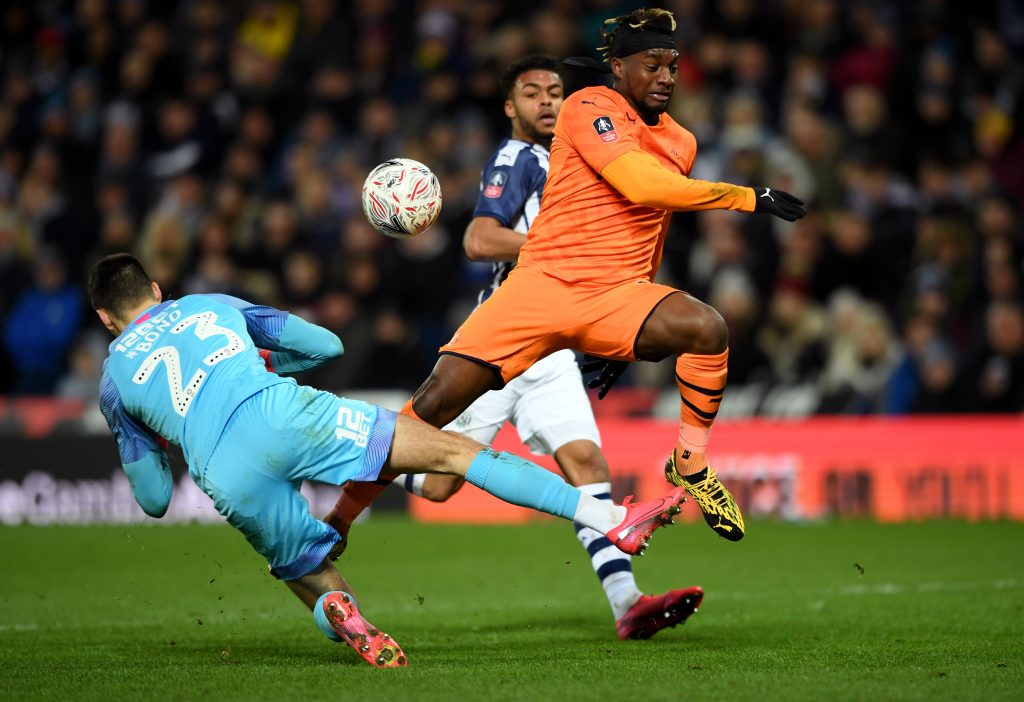 Newcastle manager Steve Bruce has rubbished reports of a fall-out with Allan Saint-Maximin.

Earlier this week, there were reports of the duo falling out with each other. However, Bruce claims that those reports are ‘nonsense’.

He said to Chronicle Live: “The facts are Allan has twice done his hamstring since he’s been at the club. He wasn’t great with it, didn’t train on Sunday. He trained on Monday. All of the nonsense we have to read about is total nonsense.”

The fans will be pleased to hear that from their manager. Saint-Maximin has developed into a key player for Newcastle and losing him would be a blow for the Magpies.

He has been linked with a move to Wolves this week.

The winger has settled in well and he has made an impact already. The 22-year-old has won over the fans and they will want to see him at the club for a long time.

Saint-Maximin was dropped for the game against Burnley and that led to speculations surrounding his relationship with the Newcastle manager. The winger came on as a substitute later in the game.

Bruce has clarified that he wasn’t fit to start the game against Burnley.

The Newcastle winger returned to action against West Brom in the FA Cup clash last night and he managed to impress.

Saint-Maximin showed his quality against the Baggies and helped his side make it to the Quarterfinals of the competition.