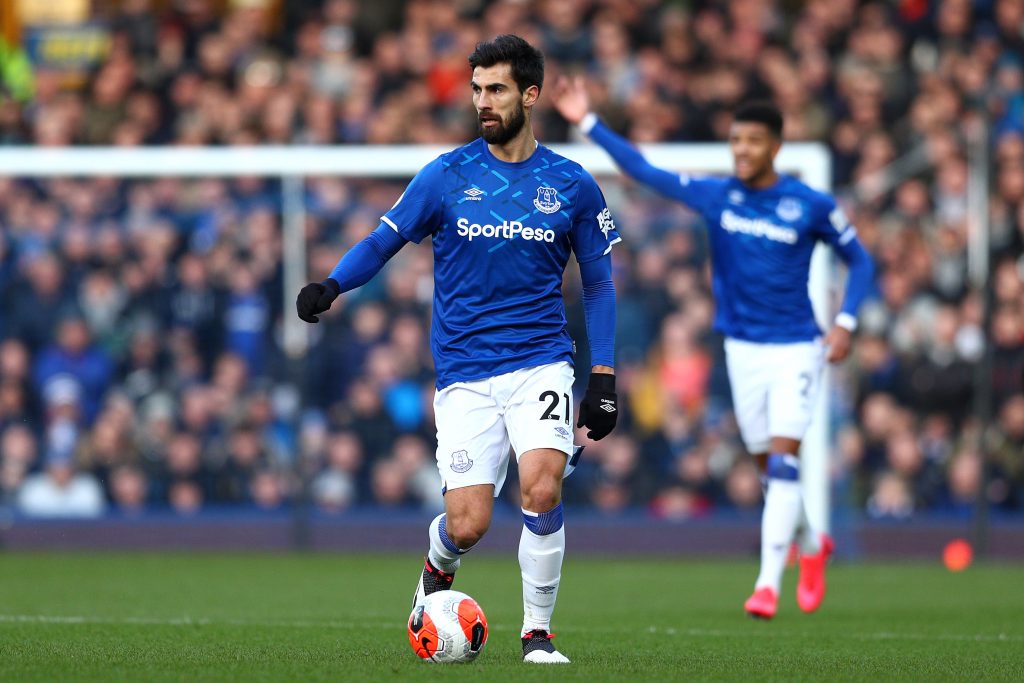 Some Everton fans have taken to Twitter to give their reaction to the performance of Andre Gomes against Leicester City.

The Portugal international central midfielder started the match and played for the entire 90 minutes, as the Toffees won 2-1.

According to WhoScored, against the Foxes, the 26-year-old has a pass accuracy of 80%, won one header, took 40 touches, attempted one dribble, made three tackles and one interception, and put in one cross.

So far this season, the former Barcelona midfielder as made 11 starts and two substitute appearances in the Premier League for the Toffees, according to WhoScored.

Some Everton fans were not impressed with the display produced by Gomes against Leicester on Wednesday evening and have criticised him on Twitter.

Gomes drifting in and out of concentration here

Gomes needs to step up his passing #efc

Gomes needs to wake up

Need to get Gomes off at half time.

Looks slow and can’t pass. Been invisible this half. #EFC

Over the course of the 90 minutes at Goodison Park on Wednesday evening, hosts Everton had 34% of the possession, took seven shots of which two were on target, and earned three corners, according to BBC Sport.

Visitors Leicester had 66% of the possession, took 15 shots of which three were on target, and earned five corners, according to BBC Sport.