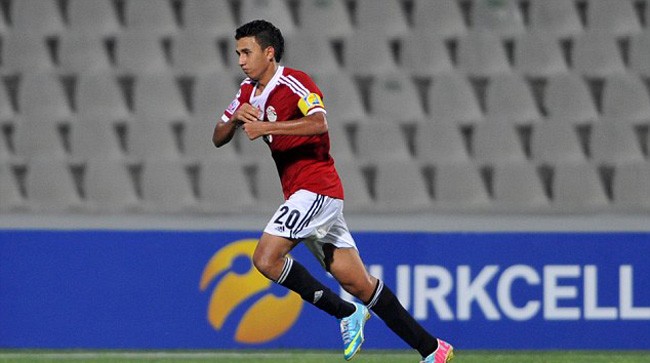 According to reports from The Sun, Premier League clubs Everton and Bournemouth are keeping tabs on Mahmoud Hassan.

The 23-year-old Egyptian midfielder is commonly known as Trezeguet, and he plays for Turkish club Kasimpasa, on loan from Anderlecht.

He joined the Belgian club in 2016, but has made only one appearance for the club. He has been out of on loan twice, and the player doesn’t wish to return to Anderlecht in the summer.

Instead, he is fancying an option to move to the Premier League, by impressing at this summer’s World Cup in Russia.

Hassan has been in good form for the Turkish club. He has scored 12 goals, and further laid five for others in 27 club games this season.

He is out of contract at the end of next season, and therefore could be available on cheap.

The Sun reports that Everton boss Sam Allardyce is keen to add another winger to his ranks, despite having players like Yannick Bolasie and Theo Walcott.

Probably, Allardyce is looking to bolster the wing position and is impressed by the player’s goal scoring ability.

Everton signed Cenk Tosun from Turkish club Besiktas in January, and he has now settled in nicely at the club. And this could encourage Allardyce to sign another player from the Turkish club.

Having said that, there is no dearth of talented wingers in Europe at the moment, and Everton should be aiming higher if they want to fight for European places next season.