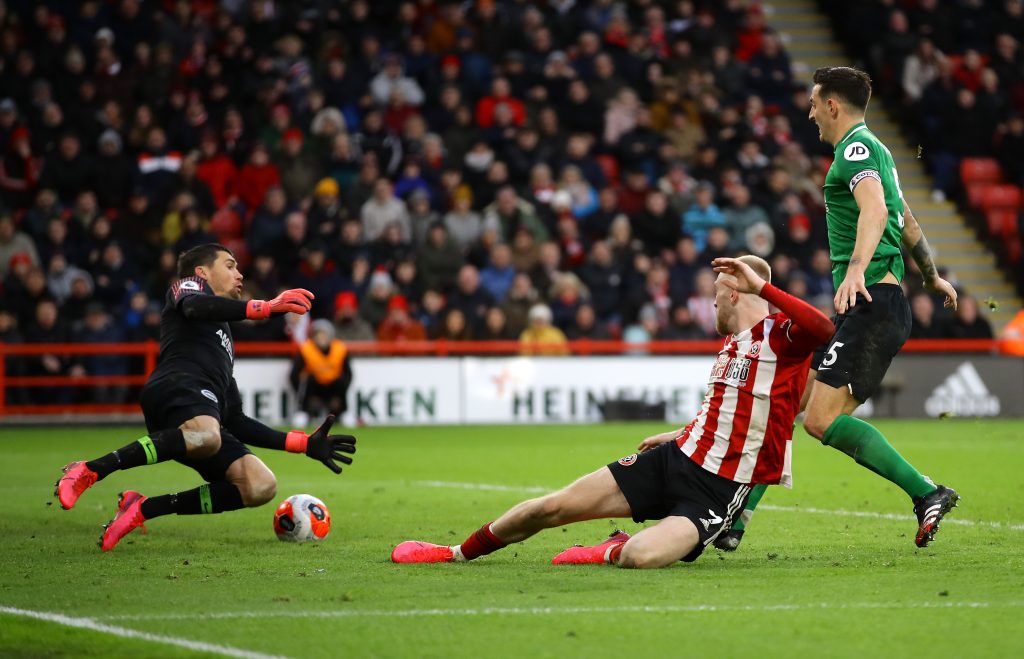 Sheffield United striker Oli McBurnie is a huge Rangers fan, and the Scotland international has revealed why he loves the Light Blues.

“My old man and my grandma – all that side of my family are Scottish and it’s one of them, I never really had a choice. I was always brought up to be Scottish,” the 23-year-old revealed.

“I haven’t got a broad Yorkshire accent living and growing up in Leeds. Every non-uniform day I would be going in with Scotland painted on my face and a Rangers top.

“That’s just my old man – that was the way he was. Me and my brother always said we were Scottish and Rangers fans. It’s just one of them. It’s a lot easier for me to be a Rangers fan down here than it would be up there.”

The Leeds United academy graduate moved from Swansea City to Sheffield last summer for £20 million after scoring 22 goals in 42 Championship games for the Welsh side last season.

McBurnie has since scored four times in 26 Premier League appearances for the Blades and could be playing European football next term with Chris Wilder’s men just five points behind fourth-placed Chelsea with a game in hand.

It remains to be seen if the campaign will resume after the coronavirus pandemic put a stop to all football activities, and that could land a blow on Sheffield’s European dreams.

McBurnie’s favourite Scottish club Rangers are also hoping action resumes as Celtic will be declared league winners if it doesn’t.

The Hoops are 13 points clear at the top of the table, but Steven Gerrard’s men have a game in hand and are fancying their chances of stopping them from winning their ninth consecutive title with eight games still to play.