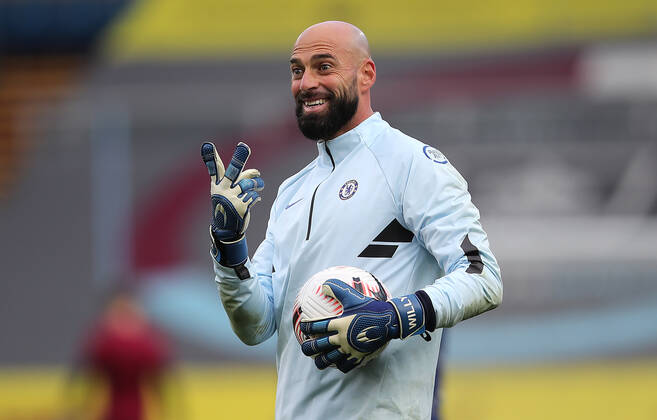 Rangers have registered an interest in signing Argentine goalkeeper Willy Caballero, according to Goal’s Nizaar Kinsella.

The 39-year-old is a free agent following the expiration of his contract with Chelsea, and the Scottish Premiership defending champions are looking to bring him to Ibrox.

Sheffield United are also interested in Caballero as they want the former Manchester City man to replace Aaron Ramsdale after he joined Arsenal.

The veteran goalie won the Champions League with the Blues last season, and Rangers could do with a winner with such pedigree and experience in their squad.

They can sign him anytime as he is a free agent, and the chance to continue playing European football could lure him to Ibrox.

Caballero also has Europa League experience with Chelsea, helping them to victory in 2018–19.

That could come in handy for a Rangers team looking to go far in the competition this term after missing out on Champions League football.

The Light Blues currently have Allan McGregor, Jon McLaughlin and Robby McCrorie as their goalkeeping options.

However, it can be argued that the Argentine is an upgrade on the trio given the quality of games and opposition he has faced since moving to the Premier League in 2014.

Although signing Caballero would not be seen as a mega coup, having him in the squad could do the Ibrox outfit a world of good.

The chance to test himself in another league may appeal to the veteran, and a move could be on the cards.