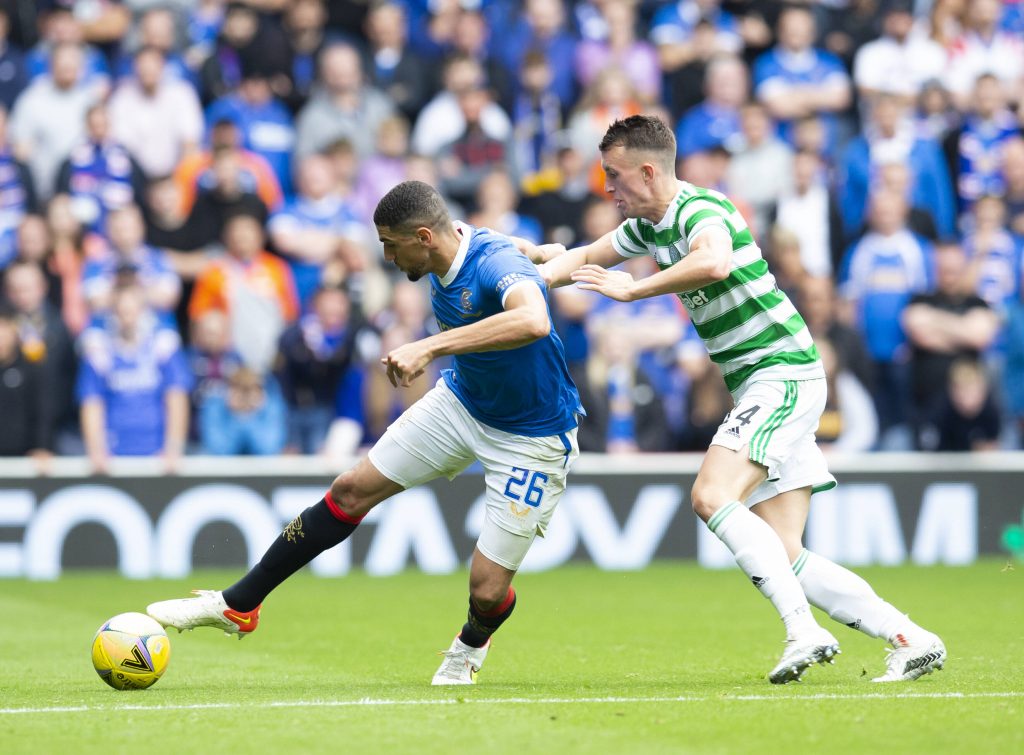 Rangers recorded a narrow 1-0 home win over Celtic in the Scottish Premiership yesterday.

Manager Steven Gerrard will be delighted with his side’s performance after a mixed start to the season.

Filip Helander scored the only goal of the game with a thumping header in the second half.

The result moved Rangers up to third in the table, just one point behind Hibernian and Hearts.

Rangers were well organised at the back and comfortably contained Celtic’s attacking threat.

Liel Abada and Kyogo Furuhashi were in excellent form heading into the game, but Leon Balogun produced an outstanding display to keep them quiet.

Balogun was handed a surprise start as the right-back after James Tavernier and Nathan Patterson missed out.

The defender did well to step up to the challenge and was flawless against the in-form Furuhashi.

The Celtic star struggled to get past Balogun in wide areas and was moved into a central role later in the game.

The 33-year-old Rangers defender has struggled in a right-back role previously, but he was magnificent yesterday.

Special mention for Leon Balogun, was immense at the back 🇬🇧💙 pic.twitter.com/Aws3j275Bc

Can someone tell big Balogun to remember and let Kyogo back out his pocket before he goes up the road pic.twitter.com/FVFwlovOO9

Leon Balogun appreciation post. Incredible performance at RB, lot of doubts over him starting there before kick-off but he didn’t put a foot wrong today. Well deserved MOTM 👏🇬🇧

Balogun emptying his pockets after the game pic.twitter.com/CH1Mn8CWCr

Read: Rangers linked with a move for Argentine international.