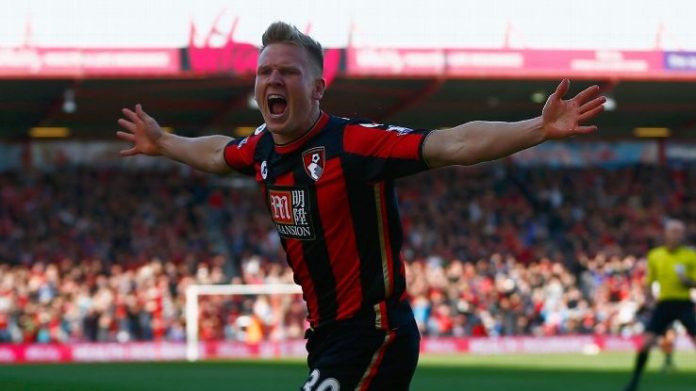 According to The Times, Matt Ritchie is prepared to leave Newcastle United and return to his former club Bournemouth in the summer transfer window.

It has been reported that Newcastle want to sign striker Callum Wilson from Bournemouth, who will play in the Championship next season after getting relegated from the Premier League.

“Steve Bruce, the Newcastle manager, is desperate to add creativity and goals to his squad, and also wants to sign Callum Wilson, the centre forward who was a team-mate of Fraser’s at Bournemouth,” states the report in The Times.

“The Newcastle winger Matt Ritchie is prepared to move in the opposite direction to help to finance the deal, which could be worth about £25 million.”

Ritchie joined the Magpies from the Cherries back in the summer of 2016, with then Newcastle manager Rafael Benitez describing the Scotland international as “an exciting winger” who “has great ability and pace”, as quoted in ChronicleLive on July 1, 2016.

Ritchie was signed by Newcastle to get them out of the Championship, and the winger played an important role in that successful quest.

According to WhoScored, the 30-year-old made 40 starts and two substitute appearances in the Championship for the Magpies during the 2016-17 season, scoring 12 goals and providing seven assists in the process.

Although the winger was a regular under Benitez during the 2017-18 and 2018-19 campaigns, he struggled to play regularly under manager Steve Bruce last season.

Ritchie made 14 starts and four substitute appearances in the Premier League for the Magpies last season, scoring two goals and providing one assist in the process, according to WhoScored.