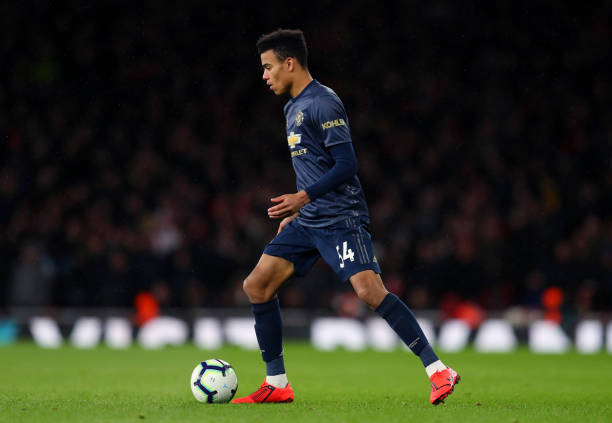 According to The Sun, Manchester United aren’t in a rush to hand 17-year-old striker Mason Greenwood a new deal until he turns 18.

The teenage sensation made his debut during the 3-1 win over Paris Saint-Germain and featured in three Premier League games in 2018-19, playing the full game against Cardiff City on the last day of the campaign.

Greenwood remains highly-rated at Old Trafford due to his great potential, and manager Ole Gunnar Solskjaer has plans for him to be a big part of the first-team next season.

The Academy Graduate only signed a professional deal last October when he turned 17, and United are waiting till he turns 18 before contract renewal talks begin.

The club want to see how he performs during the pre-season and if he is worth being handed an improved contract having realized they made mistakes to give Federico Macheda and Adnan Januzaj huge £50,000-a-week deals after they broke into the first-team.

The duo failed to leave up to expectations in the end, and United had a hard time offloading them.

Greenwood currently earns around £50,000 per year, although he picked up a win bonus of around £10,000 following the PSG victory.

A new improved deal will see a significant increase in his weekly wages, and how he performs in the next five months could have a huge say on his future.