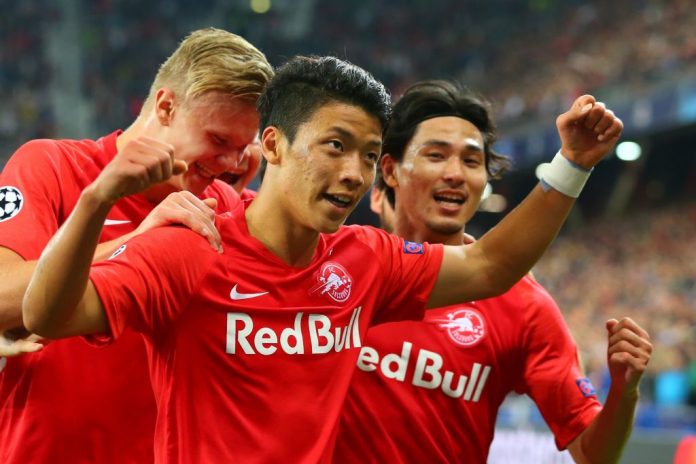 Everton are interested in signing Hwang Hee-chan from RB Salzburg in the summer transfer window, according to The Liverpool Echo.

It has been reported that the Toffees have been showing interest in the 24-year-old forward.

Hwang has been on the books of Salzburg his entire professional club football career so far, and the South Korea International forward has progressed well.

According to WhoScored, Hwang made 10 starts and seven substitute appearances in the Austrian Bundesliga this season, scoring eight goals in the process.

The forward also scored one goal in two Europa League matches, and scored three goals and providing three assists in six Champions League games for Salzburg this season, according to WhoScored.

During his loan spell at Hamburg last season, the South Korea international made 15 starts and five substitute appearances in the German second division, scoring two goals and providing one assist in the process, according to WhoScored.

Everton are 12th in the Premier League table at the moment with 37 points from 29 matches.

The Toffees are unlikely to finish in the top four if and when the season resumes, but Carlo Ancelotti’s side can certainly challenge for a Europa League spot.