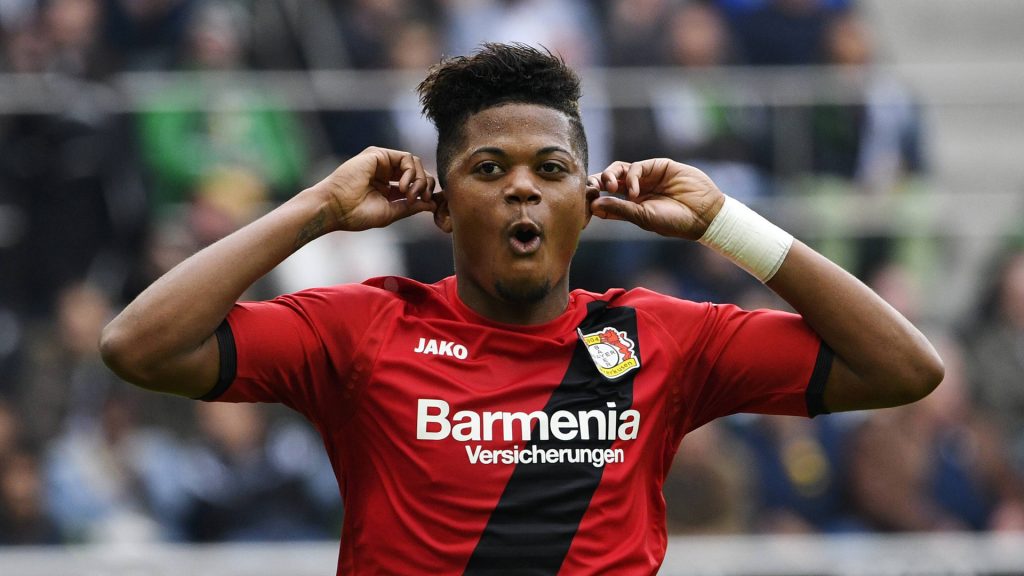 Scouts from Everton, Liverpool, Manchester United and Manchester City will watch Leon Bailey in action for Bayer Leverkusen against Bayer Munich this weekend, according to Sky Sports.

Bayer will take on Bundesliga rivals Bayern in the final of the DFB Pokal on Saturday evening, and Bailey is expected to start for his side.

Sky Sports have reported that scouts from Everton, Liverpool, United and City will be in attendance and will watch the 22-year-old winger in action.

The report has claimed that the Jamaica international could be available for between £20 million and £30 million, and that the he wants to play in England and is keen on a move to the Premier League.

According to WhoScored, Bailey made 12 starts and 10 substitute appearances in the Bundesliga for Bayer this season, scoring five goals and providing three assists in the process.

The winger has also scored one goal in 45 minutes in the Europa League and played thrice in the Champions League for the German club this campaign, according to WhoScored.

During the 2018-19 campaign, the winger – who turned down a move to Liverpool and United to join Bayer from Genk in January 2017, as he himself told FourFourTwo in November 2018 – scored five goals and provided one assist in 29 Bundesliga matches and provided two assists in eight Europa League games, according to WhoScored.