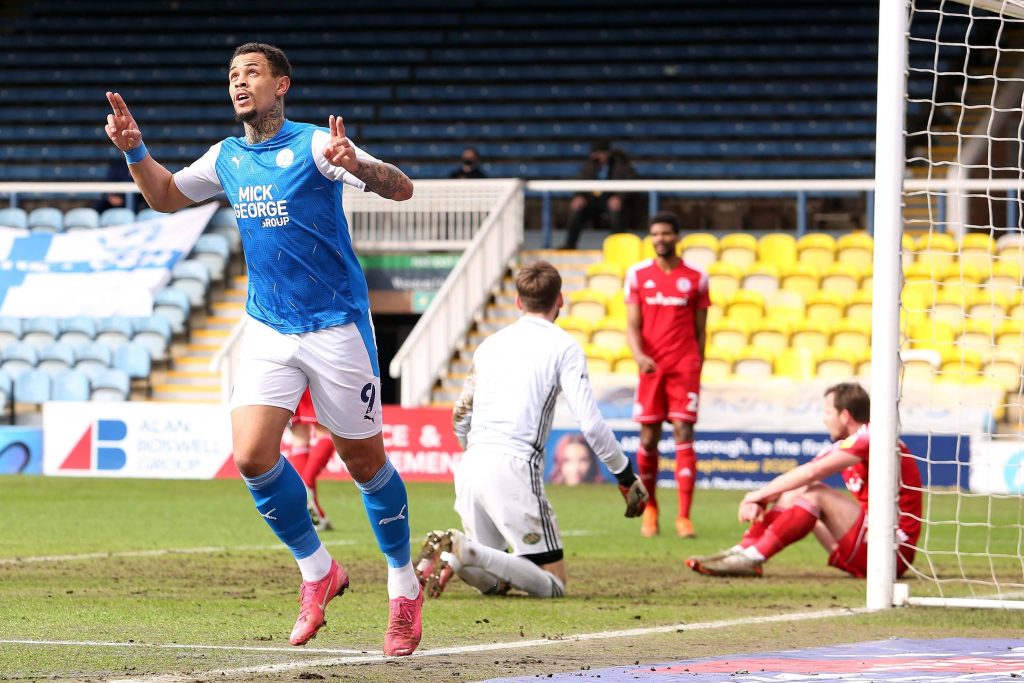 Peterborough United striker Jonson Clarke-Harris has been linked with a move away from the League One club, and it appears that he will cost at least £5 million.

Bristol Post are reporting that Rangers and Sheffield United are keen on signing the striker who has scored 27 goals this season.

Colombian striker Alfredo Morelos could be on his way out of the Scottish club this summer, and Rangers are thought to be looking at Clarke-Harris as a potential replacement.

SL View: Rangers could have an edge in the chase?

Rangers will be confident of fending off the competition from Premier League side Sheffield United.

The Blades have had an abysmal season and are set to be relegated at the end of the season, making Rangers a more tempting option.

The Ibrox outfit will be able to offer him European football, unlike the Blades.

The 26-year-old striker has shown his quality in League One this season and has the potential to step up to a higher level like former Peterborough striker Ivan Toney.

Rangers must replace Morelos properly if they want to stay competitive and defend their domestic crown next term.

The Colombian is amongst the best players in the league and one of the main reasons why Steven Gerrard’s side have won the title this year.

Read: Rangers linked with a summer move for this 26-year-old.