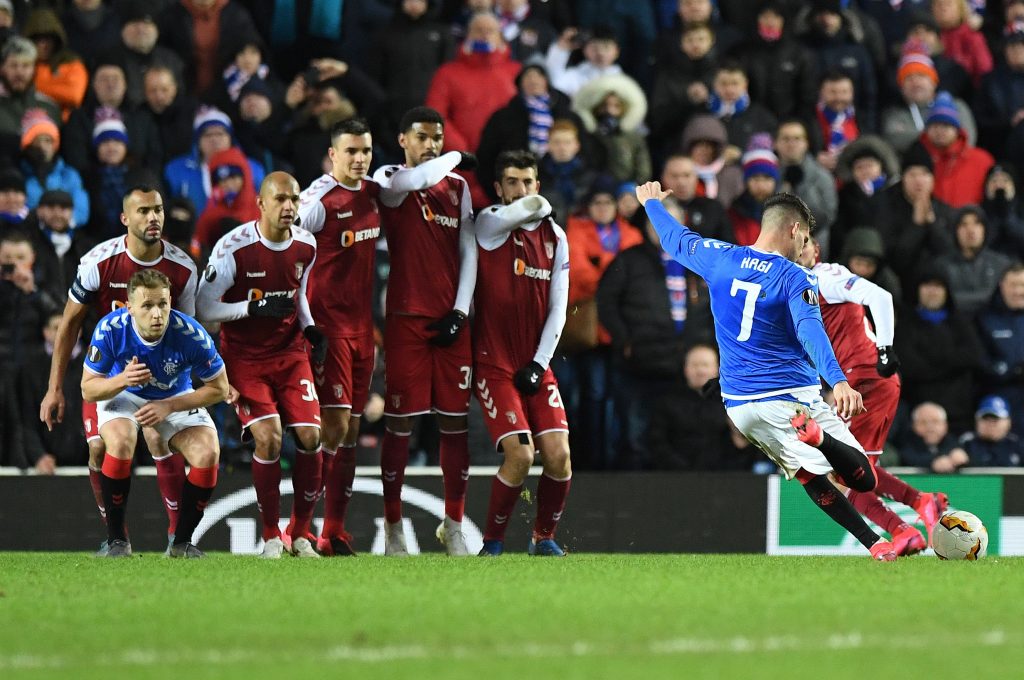 Rangers picked up a 3-2 win over Braga in the Europa League last night.

The Scottish giants pulled off a remarkable comeback after going down 2-0. Ianis Hagi and Joe Aribo scored in the second half to give Steven Gerrard’s side a vital win.

After the second-half performance, Rangers will now fancy their chances in the tie. It will be interesting to see how they perform in the second leg.

Braga are a good team and they showed their quality at Ibrox last night. If Rangers slip up at the back, they will be punished.

Steven Gerrard’s men will have to be solid at the back in order to go through.

The Rangers boss will be delighted with his team’s performance. Ianis Hagi, in particular, was outstanding for the Ibrox outfit.

The attacking midfielder was at the heart of everything and he scored a vital brace.

Rangers fans will be delighted with what they have seen so far from their new signing.

Here is what the fans had to say after the game.

Just pay the money for him now

BUY HIM OUT NOW

What a delight this lad is. Absolute baller 👌🇬🇧

Pay the 4million now. Already the best technical player in the country.