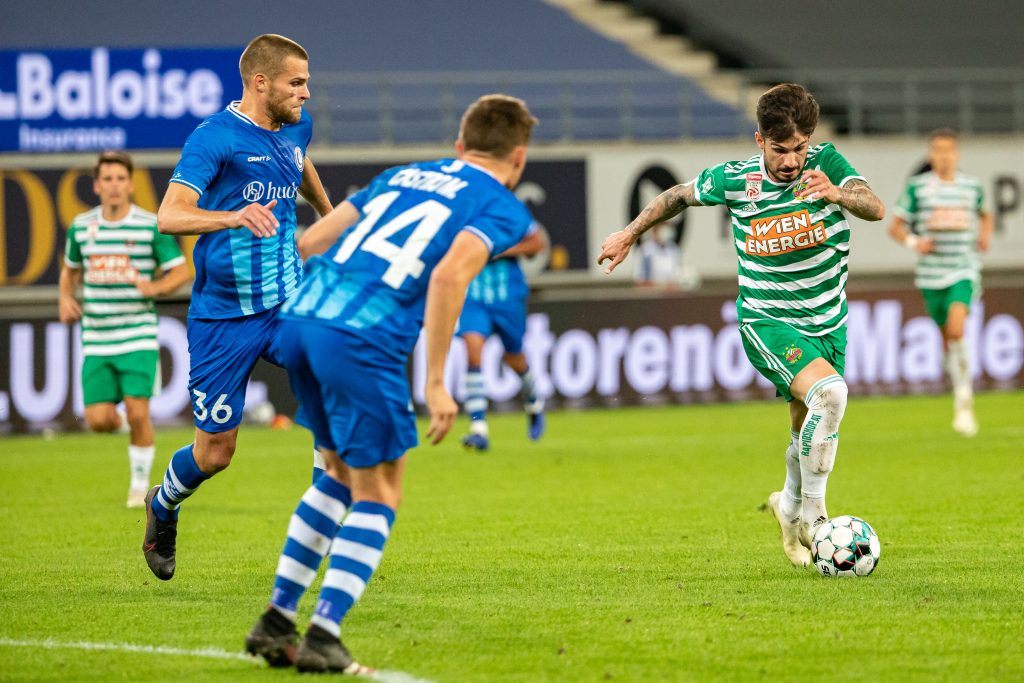 Rangers have been linked with a move for the Rapid Wien striker Taxiarchis Fountas.

The Scottish giants already have the likes of Roofe and Morelos at their disposal and it would be surprising to see them bring in another player unless there is a sale on the cards.

Rangers have Itten and Defoe as their back up options as well.

Morelos has been linked with a move away from Ibrox this summer and it will be interesting to see if Gerrard can hold on to this key player. The Colombian is the best player at the club and he is one of the best strikers in the league. Losing him would be a major blow for the club.

Fountas has done well for Rapid Wien in the recent months and he could prove to be a useful signing for Rangers. He managed to score 20 goals last season and he picked up seven assists as well.

As per reports (h/t Sportwitness), the 25-year-old striker is valued at €5m and Rangers certainly have the means to pull off the transfer. However, Gerrard will find it hard to accommodate him unless someone leaves the club.

It remains to be seen how the situation unfolds in the coming weeks now.