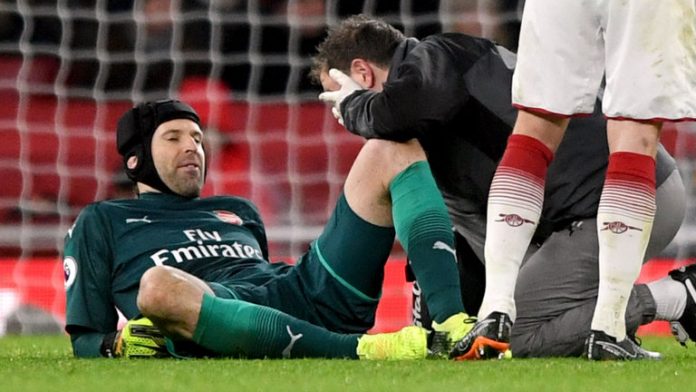 Petr Cech has insisted he will battle for his place as Arsenal’s first-choice goalkeeper next season.

The Gunners signed Bernd Leno from Bayer Leverkusen in June and he started their pre-season match against Atletico Madrid in Singapore on Thursday.

However, despite being linked with a move back to Chelsea this summer, the 36-year-old has no intention of leaving the Emirates Stadium.

“I said from the start I want to stay and fight for my place in the team and I will honour my contract, unless the club tells me to go,” Cech told Sky Sports.

“I am performing hard and training hard every day to be ready and be ready for when my opportunity comes.

“I want to show the manager I can be the starting goalkeeper and all the players do the same and I think it’s great for the team.”

New manager Unai Emery has yet to declare who will begin the season as first choice, but will consider Cech, Leno and David Ospina for the role.

Cech has been handed the number one jersey next season, but Leno is expected to be given the nod for Arsenal’s season opener against Manchester City.