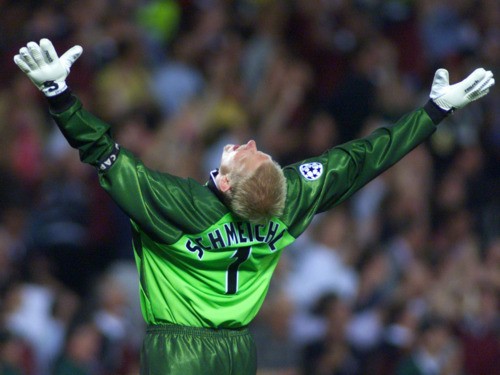 Manchester United are looking to appoint a director of football before next season as they are keen on restructuring their management setup going forward.

The Old Trafford outfit have struggled to get it right since the departure of legendary manager Sir Alex Ferguson, and have already had three permanent managers and two caretaker bosses since 2013.

United have won just one F.A Cup, one EFL Cup and the Europa League since, and getting a first-ever director of football will help them start challenging strongly on all fronts again.

According to bookmakers Oddchecker, Red Devils legend Eric Cantona is favourite for the role, while RB Leipzig’s director Paul Mitchell and former goalkeeper Edwin van der Sar, who is now Ajax director have been tipped for the position.

Roma’s Monchi and Gary Neville are also believed to be in the running, but another former goalie Peter Schmeichel has expressed his willingness to take up the job.

“Of course you’d be interested, because it’s a massive job, but also you’ve to sit back a little bit and agree with yourself and make sure you have the pedigree or capability of doing it,” Schmeichel told beIN SPORTS.

“If the club really wanted me to do that, I’d be interested of course.”

#MUFC Director of Football? – "If the club really wanted me to do that I'd be interested, of course."@Pschmeichel1 talks about a potential Old Trafford return! #beINPL pic.twitter.com/EghvUk5BUY

Schmeichel has largely been involved in media work since retiring in 2003, but he came close to becoming Brøndby IF’s sports director in 2007 after an investor group wanted to invest in the club.

His lack of experience might count against him, though, but it will be interesting to see who United will eventually opt for in the end.