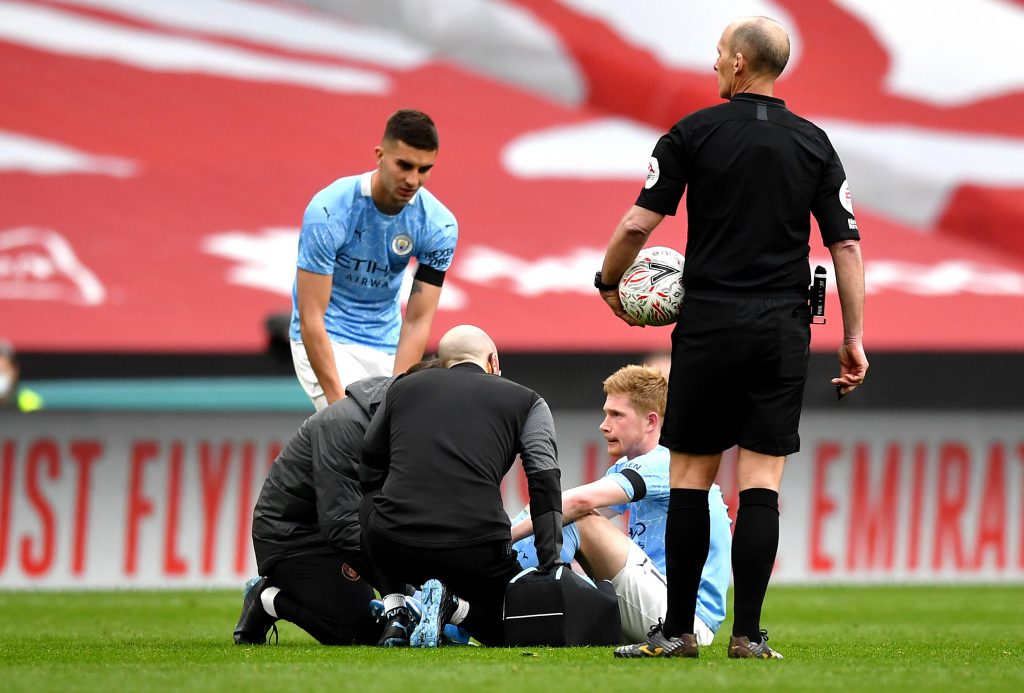 The Belgium international sustained a foot injury early in the second half despite not making any contact with Blues midfielder N’Golo Kante, who dispossessed him.

He was substituted in the 48th minute. It proved a blow for the Cityzens as they went on to lose 1-0. Hakim Ziyech bagged the winner for the Blues.

Speaking after the game, Guardiola acknowledged that De Bruyne has pain and added that things don’t look good from the initial assessment.

He told Mancity.com: “He has pain now. Tomorrow he has a test with doctors. Apparently, it doesn’t look good, but we will see tomorrow.”

The Cityzens coped with the injury absence of De Bruyne for many weeks earlier this year, where they were on a sublime winning run.

Ilkay Gundogan particularly stepped up with multiple standout displays, but it can’t be ignored that the Belgian is the club’s most creative player.

The league title seems in the bag with an 11-point lead over Manchester United, but they still have key games in the Carabao Cup final and Champions League semi-final.

They have a testing challenge against Paris Saint-Germain in Europe, and Guardiola will be hoping that De Bruyne’s setback is nothing serious.

The Cityzens take on Aston Villa in Wednesday’s league encounter at Villa Park before they face off against Tottenham Hotspur in the Carabao Cup final.