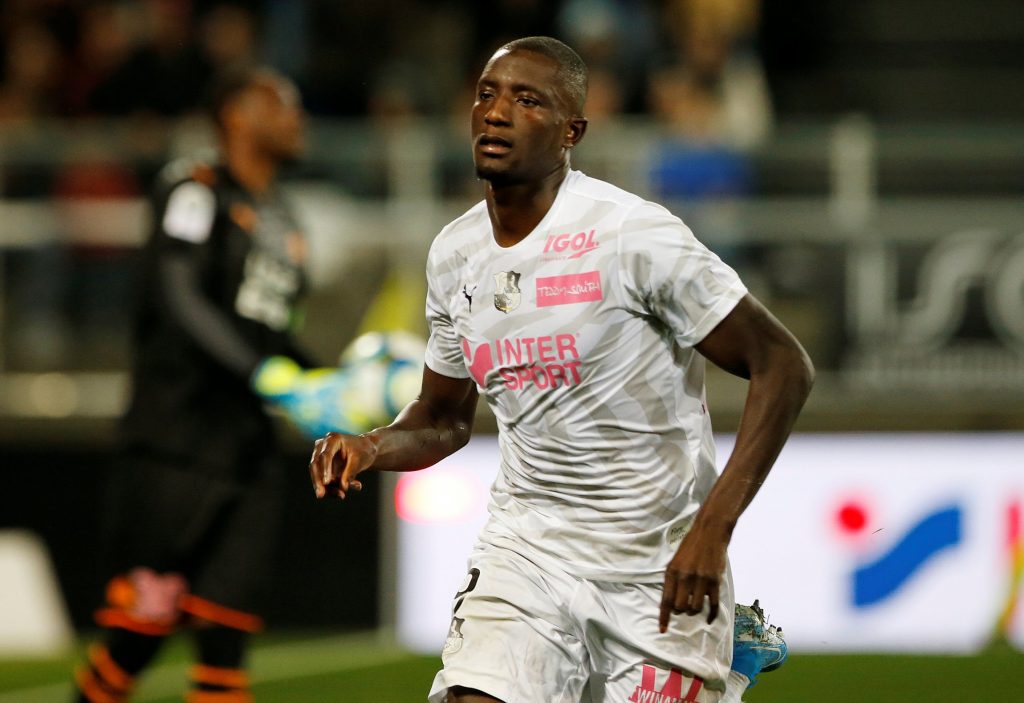 As per Sky Sports, they have opened talks to sign the Amiens forward on a loan deal until the end of the season.

It seems that David Moyes wants to sign a backup for Haller. Guirassy has done well with Amiens this season and he could prove to be a solid addition.

West Ham have had a poor season so far and they will need to improve a lot during the second half of the season. New signings could freshen things up for them and galvanise the whole squad.

It will be interesting to see if they can agree on a deal with the French club.

The Hammers have scored just 27 goals in 23 Premier League games so far and Haller has scored just 6 goals in the league.

It is evident that the 25-year-old needs some help in attack.

Someone like Guirassy could share the goalscoring burden and engage the defenders with his hold up play. It would allow the likes of Haller to play with more freedom.

Guirassy is a physically imposing forward who likes to drop deep and link up with the midfielders. Also, he is very good in the air. His arrival will give Moyes some much needed tactical flexibility.

The Hammers will be able to take a more direct approach with him in the side.

Furthermore, the 23-year-old can operate as a wide forward from the left. West Ham will be able to play a 4-3-3 with him, Haller and Yarmolenko leading the attack.

On paper, the deal makes a lot of sense and West Ham should look to get it done this month.