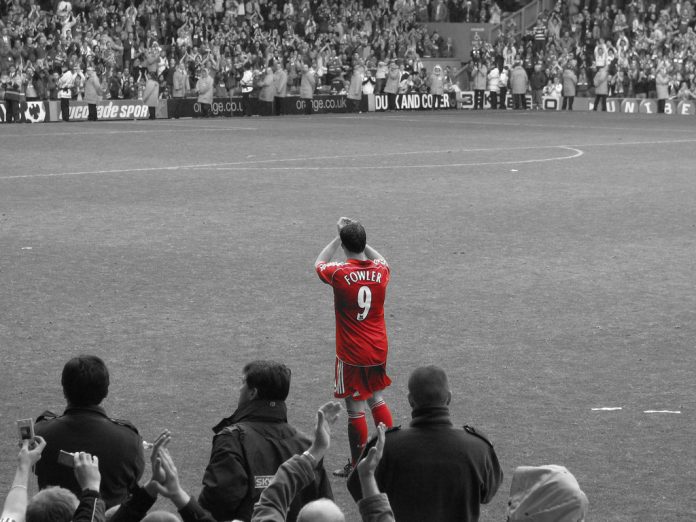 On This day in 1994, Liverpool beat Arsenal 3-0 at Anfield and 19-year-old striker Robbie Fowler scored the fastest hat-trick in the Premier League.

A Liverpool youth academy graduate, this was Fowler’s second season at the club. In the previous campaign, he had racked up an impressive 18 goals in 34 appearances for the Reds. The match against Arsenal was the second game of the 1994/1995 season. 30,000 fans had gathered at Anfield to witness history in the making.

The boy wonder opened the scoring in the 26th minute, capitalising on Martin Keown’s defensive error, and putting the ball in the back of the net from eight yards out. The second goal which came two minutes later was not as easy. A left footed drive across goal beat David Seaman and squeezed into the far corner. The third goal was a thing of beauty. A pass from deep allowed Fowler to run at the Arsenal d-box. He beat Keown, then Seaman – both men colliding with each other in the process – then put the ball in an open net from a difficult angle.

It took four minutes and 33 seconds to complete the hat-trick which at that time was a Premier League record. The feat was not bettered until Sadio Mane scored three goals in just two minutes and 56 seconds for Southampton against Aston Villa in 2015.

My sincerest apologies to all Arsenal fans who are reading this article. It was not intentional to post two historical events that happened on this day at the expense of your club.

Anyway, on this day in 2011, Manchester United annihilated Arsenal at Old Trafford.

Arsene Wenger had to make do with a makeshift side because of all the injuries and suspensions that his squad was facing.  United were favourites from the beginning, but not even their own fans expected a showing that would be etched in history until the end of times.

Danny Welbeck opened the scoring for the Red Devils by heading in a clever little chip from Anderson. Theo Walcott was then brought down inside the box by Jonny Evans, awarding Arsenal a penalty. Up stepped Robin van Persie against United’s new and unpredictable goalkeeper David de Gea. The Spaniard made a fantastic save off Van Persie’s penalty, protecting United’s lead.

Ashley Young and Wayne Rooney added two stunning goals to stretch the lead by three goals. Walcott managed to put one under De Gea’s leg and the two sides went into the break with the score 3-1 to United.

If the first half was any indication of what was to come, United certainly delivered in the second. Rooney completed his hat-trick, Young added another, Nani got to score, and even Park Ji-Sung scored his customary goal against Arsenal.

Arsenal’s second half consolation was a goal from Van Persie. United had beaten Arsenal 8-2 at Old Trafford.