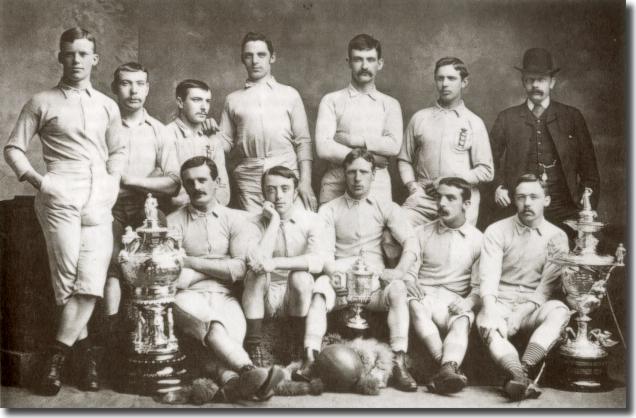 On this day in 1875, following a meeting at the Leger Hotel, Blackburn Rovers Football Club was founded.

Two friends, John Lewis and Arthur Constantine, arranged the meeting which was attended by 17 men. Constantine was familiar with football and had played the sport while studying at Shrewsbury School.  “All present, including several young fellows who had just finished their education at public schools, signified their willingness to participate in the game and the motion to create a club was carried unanimously,” writes Charles Francis in his book History of Blackburn Rovers.

Walter Duckworth was appointed as the club’s first secretary while Lewis became the first treasurer. The Rovers played their first game on December 11 which ended up in a 1-1 draw. Three years later, Blackburn became one of 23 clubs to form the Lancashire Football Association. The club won its first FA Cup in 1884 by beating Queens Park 2-1 in the final. They retained their Cup the following year and won it again the year after that.

In 1885, football was professionalised across Britain.  Rovers, during the 1885-86 season, spent £615 on wages alone. The half-back James Forrest and the striker Joseph Lofthouse, both England internationals, were apparently on a whopping £1 per week.

Rovers won the First Division on just three occasions in the 20th century, including the Premier League in 1995. The club fell on hard times in recent years and as of 2017, ply their trade in League One, the third tier of English football.

Pictured above is the FA Cup winning team of the 1983-84 season. The photograph also includes the East Lancashire Charity Cup and the Lancashire Cup.