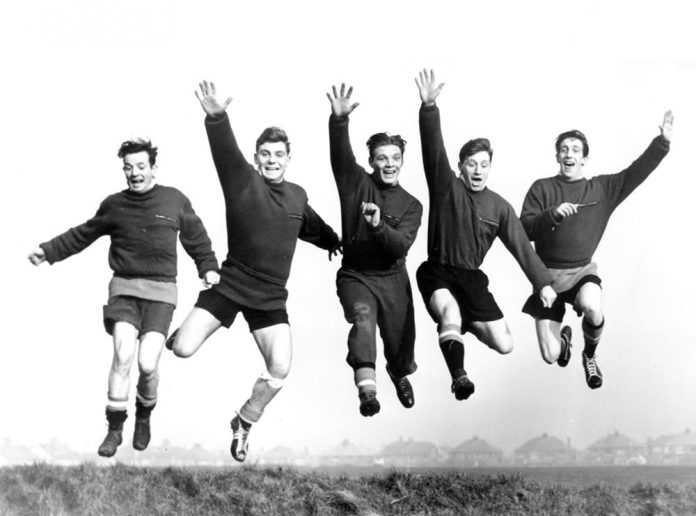 On this day in 1945, league football returned to Germany after a brief period of absence.

I say ‘brief’ because unlike the Allied nations who suspended league football during the Second World War, the Third Reich allowed it to continue. The Nazis introduced the Gauliga in 1933 shortly after their takeover, and it continued to act as the highest level of play in German football until 1945. The last recorded game in the Gauliga was a 3-2 win for Bayern Munich against 1860 Munich in April.

As the war reached its climax, the Nazis surrendered themselves to the Allies which put an end to all Nazi related activities, including football. With Germany dissected into separate zones, the south-western part of the country came under the occupation of the United States. The Americans soon authorized a new league structure which was to be called Oberliga-Sud.

Sixteen teams from the US-occupied zone took part in the newly formed league system with Stuttgart emerging as the first champions. The Oberliga, along with leagues from other zones, continued until 1963 until the formation of the German Bundesliga which incorporated all the existing leagues together.

On this day in 1952, Manchester United’s youth team beat their Nantwich Town counterparts by an incredible 23-0 score line. The late great Duncan Edwards, David Pegg and John Doherty each chipped in with five goals.

The year 1952 saw the introduction of an FA Youth Cup. Played at the old Cliff training ground, United met Nantwich in the second round of the competition and set the record score line that still stands to this day. The Red Devils won the FA Youth Cup in each of its first five seasons. No wonder they were revered so much.

On this day in 2001, Serie A side Lazio thrashed Brescia 5-0 in a league fixture.

To make matters worse for Brescia, their star midfielder Pep Guardiola was tested positive for a drug called Nandrolone which resulted in a four-month ban for the ex-Barcelona player.

We all want positive starts in life, but not quite in that fashion.