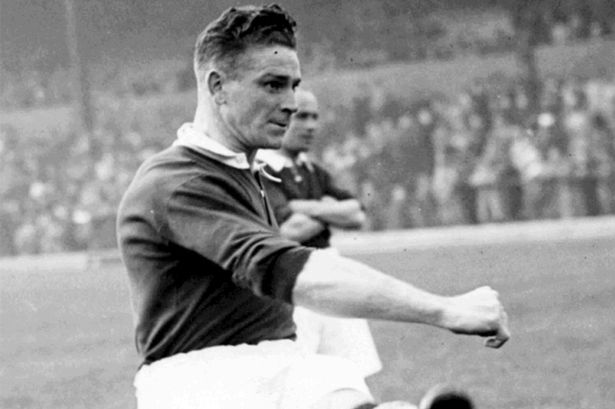 On this day in 1927, Middlesbrough striker George Camsell set a new Football League record by scoring in 12 consecutive matches.

Boro, then in the Second Division, scored an impressive 122 goals in the 1926/27 season with Camsell scoring 59 of them – another record at that time. Camsell’s incredible run produced an astonishing 29 goals that included one hat-trick, three four-goal hauls and a 5-goal feat.

Born in Durham, Camsell began his professional career with Durham City and caught the eye of Middlesbrough after scoring 21 goals in 20 appearances in one season. His stellar form in front of goal continued as he ended up with 345 goals in 453 matches for the club. Despite his world class ability, Camsell had the misfortune of being born in an era with players as good if not better than him. His seemingly unbreakable records were broken almost immediately after he set them or were agonisingly close to already established records.

His 59-goal feat for Boro was broken in the next season by Everton’s Dixie Dean. And Dean beat that record by just one goal. Camsell scored in nine consecutive games for England. Only Steve Bloomer has bettered that feat by scoring in 10.

Speaking of the Three Lions, Camsell played in just the nine games and scored in each and every one of them, producing an unbelievable 18 goals. This still remains the highest goals to game ratio for any England international who has featured in more than one match.

On this day in 1965, Stanley Matthews became the first footballer to receive a knighthood while still a professional player.

Matthews, then close to 50, was enjoying his second spell with Stoke City and featured in just one game in the 1964/65 season. His final appearance in the Football League came on 6 February, shortly after his 50th birthday, against Fulham. The Potters won 3-1.