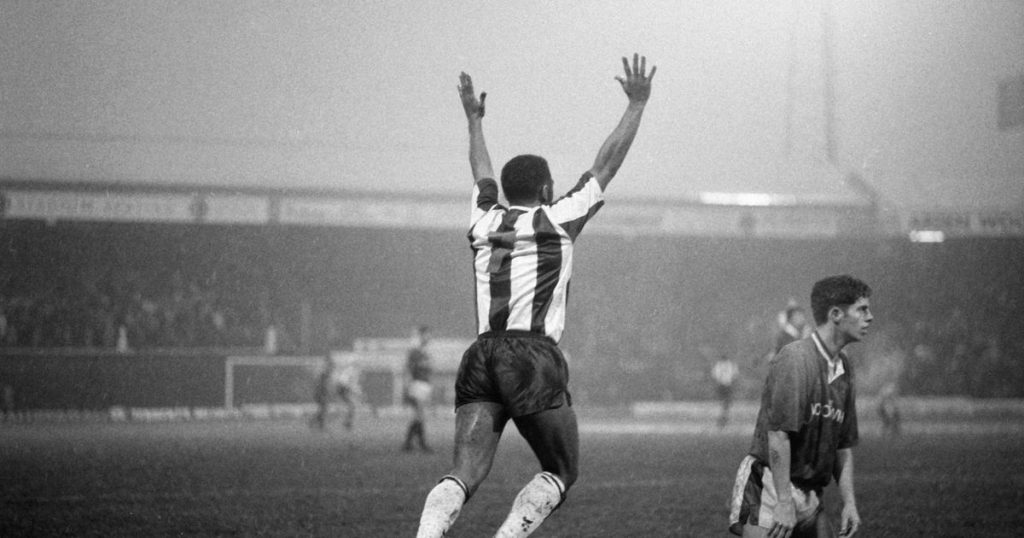 On this day in 2001, the legend that is Tony Ford made the last of his incredible 931 appearances in the Football League.

Born in Grimsby, Ford began his footballing journey with his hometown club back in 1975. He made his debut for Grimsby Town at the age of 16 in the old Third Division before amassing 355 appearances for the Mariners in eleven seasons. His stay with Grimsby included a brief loan stint at Sunderland in 1986. This was followed by three seasons with Stoke City and four seasons with West Bromwich Albion.

A right sided midfielder who was also adept at playing in the right back position, Ford then returned to Grimsby in 1991. Three years later, he moved to Scunthorpe United. With an incredible 739 Football League appearances to his name, Ford was released in the summer of 1996 which many predicted to be the end of a very long career.

But Mansfield Town boss Steve Parkin recruited him in a player/assistant manager capacity which Ford took full advantage of. He made 103 appearances for the Stags before joining Rochdale in 1999. This would be Ford’s final club in the Football League. His final and 931st appearance came in the 2-0 win against Torquay United at the Spotland Stadium.

Ford’s 931 appearances is the highest in the Football League by an outfield player, second only to Peter Shilton’s 1005 appearances.

Chelsea gunned down by the Gunners

On this day in 1987, Arsenal inflicted a 3-1 defeat on Chelsea at Stamford Bridge which triggered a club record run of 21 matches without a win in the league.

Chelsea had started the season well, winning six of their opening nine games in the league. By the time league leaders Arsenal visited Stamford Bridge, the Blues were sitting at sixth on the table. Chelsea’s 3-1 loss was the first of 21 league games without victory – the last of which was coincidentally, a 1-1 draw with Arsenal. This disastrous run of form resulted in the sacking of manager John Hollins.

The Blues finally won a league fixture against Derby County in April the following year but it was too little too late as they got relegated at the end of the season.