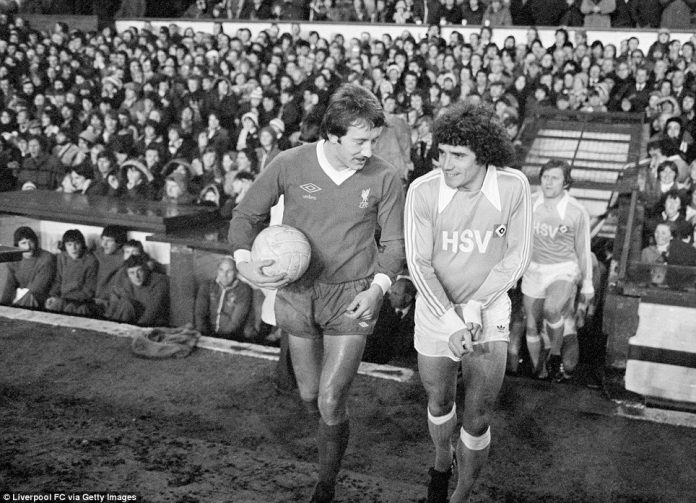 On this day in 1977, European Cup winners Liverpool smashed German side Hamburg SV 6-0 at Anfield to lift the European Super Cup.

The Reds had beat another German club, Borussia Monchengladbach, 3-1 in the European Cup final in Rome earlier that year while Hamburg booked their place in the Super Cup by beating Anderlecht 2-0 in the Cup Winners’ Cup.

The first leg at Volksparkstadion ended in a 1-1 draw before the two sides met at Anfield. It was the return of former Kop hero Kevin Keegan who had left the club only six months ago. Phil Thompson opened the scoring for Liverpool in the 21st minute before a Terry McDermott hat-trick effectively killed the game. Two further goals from Kenny Dalglish and David Fairclough put the Reds’ total to six goals bringing the aggregate score to 7-1.

Keegan who was part of the Liverpool side that won the European Cup earlier that year could only watch as his former teammates lifted the Super Cup in front of a jubilant Anfield crowd.