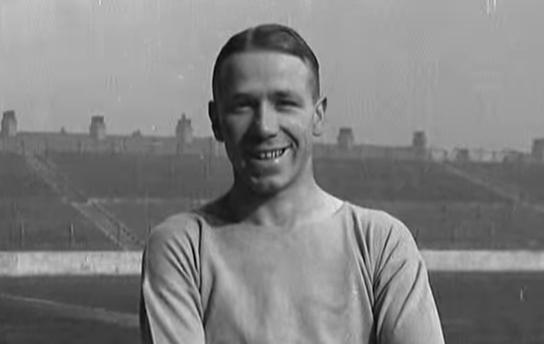 On this day in 1929, Sir Matt Busby made his professional debut for Manchester City.

Born in the village of Orbiston up in North Lanarkshire, Scotland, Busby would of course go on to have a phenomenal career in football management with City’s arch-nemesis Manchester United. But his playing career, in which he featured not only for City but also for United’s other rivals Liverpool, is often overlooked.

“I was as football daft as any of the boys in the village of Bellshill, and dafter than most, and we had our idols already,” he wrote in his autobiography, Soccer at the Top. “There were two young fellows called Alex James and Hughie Gallacher, for instance. They would be about eighteen or nineteen, I suppose, I about nine or ten.”

James and Gallacher both enjoyed a career playing for clubs in the Football League.

Busby’s first success in football came with Alpine Villa with whom he won the Scottish U-18s Cup in 1927 before joining Denny Hibs. A promising inside-left, he was watched by scouts from two of the biggest clubs in Scotland, Rangers and Celtic. “He went to Rangers for a trial. Then they found out he was a Catholic, and Celtic found out he’d had a trial with Rangers. But it was a blessing in disguise because he ended up in Manchester,” his son Sandy revealed years later.

Busby was signed on a very lucrative £5-a-week contract in 1928 but made his debut 18 months later in a 3-1 win over Middlesbrough in a First Division fixture at home. He played 11 games in total that season scoring five goals. Busby stayed in the blue half of Manchester for eight seasons and won the FA Cup in the 1933-34 season by beating Portsmouth in the final.