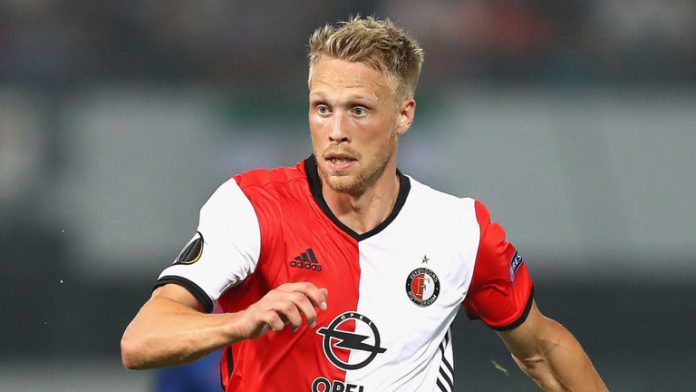 Newcastle United boss Rafael Benitez has not given up on hopes of signing Nicolai Jorgensen, and the Magpies are expected to make a formal move for the striker in the summer transfer window.

According to a report from The Mirror, Newcastle are expected to make a move in the summer for the Feyenoord striker who would cost in the region of £18 million.

If Newcastle stay up, Benitez will surely be working hard to bolster his attacking department, and therefore could reignite his interest in signing Jorgensen.

The Magpies wanted to sign him during the January transfer window, and identified Jorgensen as a potential option.

The 27-year-old scored 21 goals and provided 11 assists in the top flight last season, and was in great form before the turn of the year when he scored seven Eredivisie goals.

In the end Newcastle missed out on the target and they signed Islam Slimani on loan from Leicester City. However, it seems Benitez is still interested in signing Jorgensen and the Mirror reports that the player is expected to find himself on Newcastle’s radar as well at the end of the campaign.

However, Newcastle must ditch the idea, and should look for options elsewhere. Jorgensen has has only scored once in 2018 and has performed no where near to what he did last season.

With Newcastle in a good position to secure Premier League safety they should aim higher and sign better strikers in the summer.