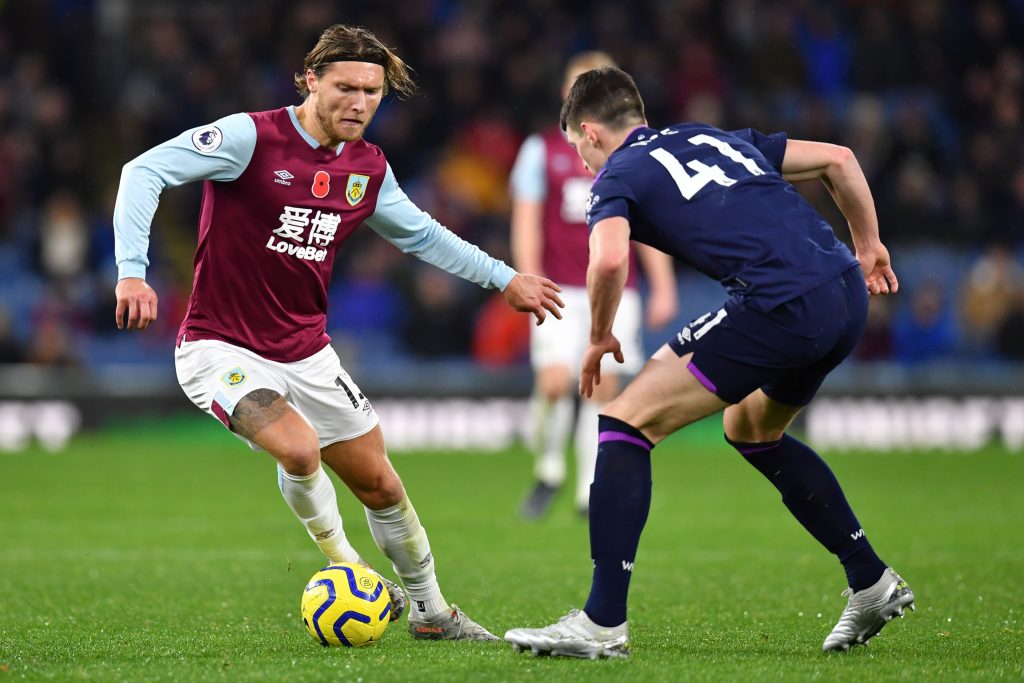 Newcastle are interested in signing Jeff Hendrick this summer.

According to Daily Mirror, the 28-year-old free agent is a target for the Magpies.

It will be interesting to see if Newcastle submit an offer for the player. On a free transfer, Hendrick could prove to be a decent squad player for Steve Bruce’s side.

The Republic of Ireland international has plenty of experience in the Premier League (122 appearances) and he can play multiple roles if needed.

Hendrick can play as a right-sided midfielder, an attacking midfielder as well as a central midfielder. Having a player with his versatility will be a bonus for Newcastle during injuries and rotation.

The Magpies are in the middle of a takeover and they are expected to strengthen their squad immensely once the formalities are completed. Picking up bargains like Hendrick to beef up their squad now will allow him to cherry-pick top-class players for their starting lineup later.

If Newcastle offer him a lucrative contract, there is no reason why the midfielder won’t join them. It would be a step up from Burnley. Also, Newcastle’s future under their potential new owners is an attractive prospect as well.

The 28-year-old was recently released by Burnley and he has 3 goals, 2 assists to his name so far this season.