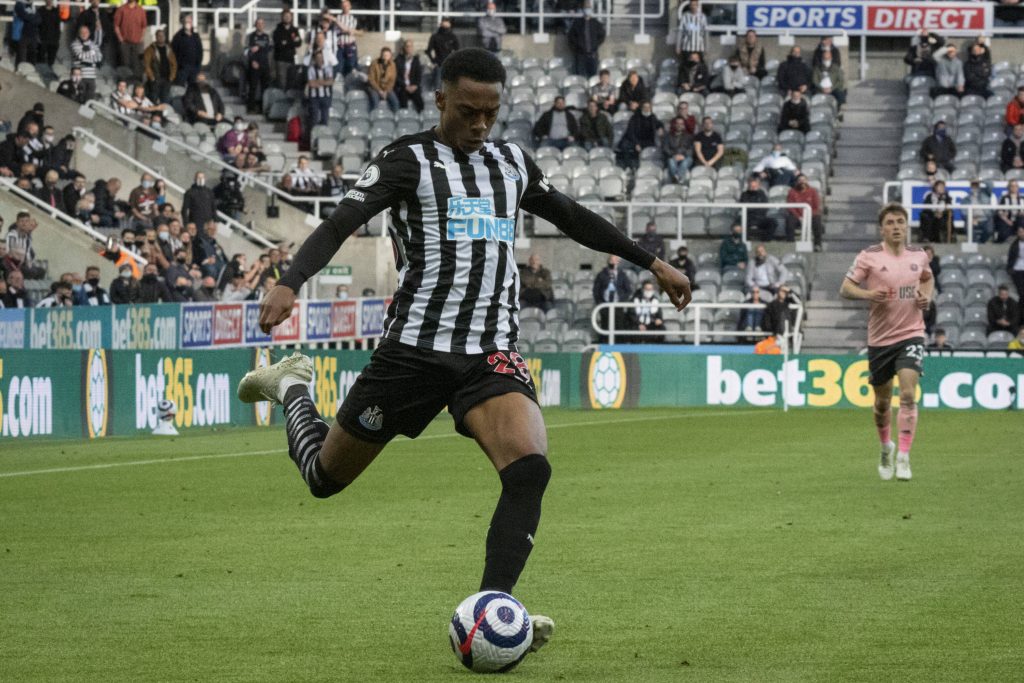 Newcastle United are hopeful that they can lure Joe Willock to St James’ Park this summer, according to reports from Sky Sports.

After months of intense speculation, Emile Smith Rowe has penned a new deal at Arsenal, ending Aston Villa’s hopes of landing him.

The Magpies are now hopeful that Smith Rowe’s new contract will accelerate their move for Willock.

Manager Steve Bruce said he would ‘keep badgering away’ over a player who impressed for Newcastle on loan last term.

The seventh of those goals equalled Alan Shearer’s mark for goals in consecutive Premier League games for Newcastle.

Arsenal are reportedly demanding around £30 million, and Newcastle have approached the Gunners over the availability of the midfielder.

Chronicle Live reported last month that Newcastle are looking to sign Willock permanently, but his signing would take away a chunk of their transfer budget.

Arsenal may not want to lose a precious talent like Willock and could arrange another loan spell, which may work in Newcastle’s favour.

Meanwhile, Florian Lejeune won’t be at Tyneside next season.

The 30-year-old, who spent last year on loan at Alaves, has completed a permanent move to the Spanish club.